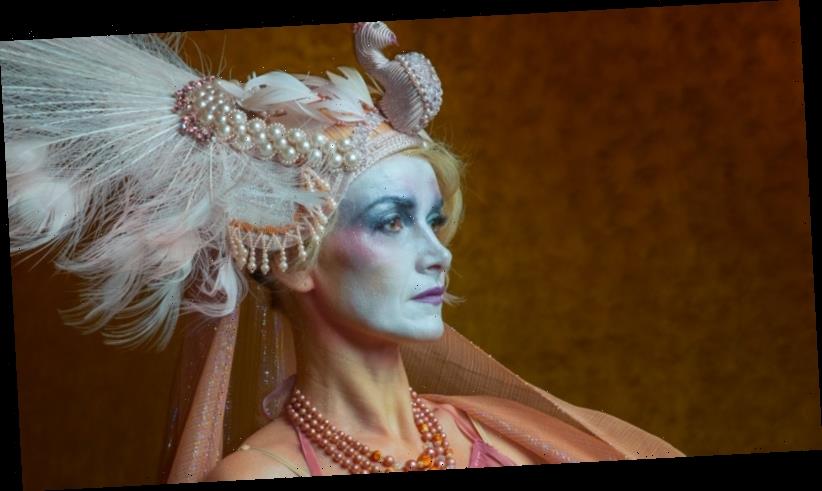 Few operas have so scandalised audiences so delighted to be shocked as much as Salome, Richard Strauss’ provocative combination of religion and eroticism.

Its premiere in Dresden in 1905 had 38 curtain calls, and within a year it had been performed in 50 opera houses and banned in many countries. Its Austrian premiere the next year was attended by Mahler, Puccini and Schoenberg.

More than a century later, Salome has lost none of its power to shock, as Melbourne opera lovers can discover themselves when Victorian Opera opens a new production at the Palais on Saturday, February 22. 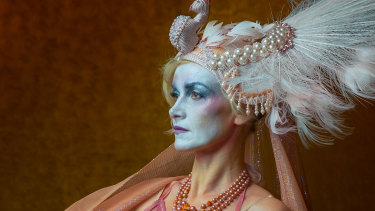 Vida Mikneviciute in costume for Salome by the Victorian Opera.Credit:Simon Schluter

According to artistic director and conductor Richard Mills, Salome challenges the very depth of human capacity for good and evil, particularly evil. “And this great work explores the notions of desire, passion, possession, and the destructiveness of those impulses when unchecked.”

The text is an Oscar Wilde play, expanding the New Testament account, and Mills believes the shockingness of the necrophilia (when Salome plays with John the Baptist’s decapitated head) is a metaphor for homosexuality, “the love that dare not speak its name” for which Wilde was jailed in 1895.

It is also, Mills believes, a deeply feminist opera, even though Salome is killed by Herod’s soldiers. That is not the “woke” wisdom, which complains about the deaths of women in operas (though two men also die in Salome). But Mills says Salome has “an immense sense of agency and power, but it’s too much for the world to bear, it’s too visceral, and she has to be destroyed. In a sense, she turns patriarchal lust on its head.”

“Exactly,” says director Cameron Menzies. “She holds the patriarchy to account. She holds her ground and says, ‘I want the head, I want the head’ and holds male power accountable to the very end.” 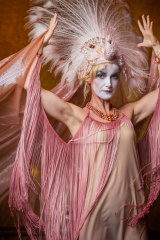 Mills says: “It’s almost Wilde’s revenge on the patriarchy, and on religious rigidity. And that’s why it’s so dangerous, even still.”

It is also deeply imbued with first century Middle Eastern politics, and Menzies believe little has changed in the 20 centuries since. He says Salome is set in a strange hyper-real but simultaneously unreal and stylised world, which is highly pertinent today.

“We are in a timeless period, but governed by the tribal sense of the Jews and Nazarenes, the imposition of power from Rome and Herod,” Menzies says. “What we’ve tried to do is create a sense of sin and destruction, decay and chaos that is waiting for its Messiah, its cure, its Saviour – whatever your faith base is – to come and change and cleanse it.

“It’s a world that was once full of culture, free thought, elegance and refinery, and the sense that this has been destroyed is a reflection of the world.” Is that the same as the world today? “Essentially, yes,” Menzies says. “The world is on a very thin edge in Salome, and I think it is at the moment as well.”

Mills says the music is astonishing. “There’s nothing like it in all opera. It’s extraordinarily detailed, incredibly complicated, with a prodigiously complicated level of invention, and it’s prodigiously difficult to play. It needs a virtuoso orchestra to make it work.

“The one thing the conductor can’t do in this piece is enjoy the performance. That’s for amateurs. There’s too much that can go wrong. Relax for one minute and you’re in trouble. You’ve got to be constantly thinking ahead as well as in the moment.”

Mills has seen many Salomes, set from sword and sandal to an art deco mansion. What he loves about Menzies’ vision is the strength of the visual imagery, reflecting the complexity and mercuriality of the music. “The music is always shifting, it never stays the same, and in this production the perspective is always shifting.”

Years ago Mills spoke to an elderly musician who played when Strauss himself conducted the opera in Vienna. “He said he played with incredible precision and focus, with very small gestures, and made everyone play like chamber music. So that’s what we’ll be aiming for.”