Jenny Brockie has stepped down from Insight on SBS after hosting the flagship news and current affairs program for almost two decades.

The celebrated journalist has been on leave this year and on Thursday announced she would quit the show altogether. Brockie has been the permanent host of Insight since 2001. 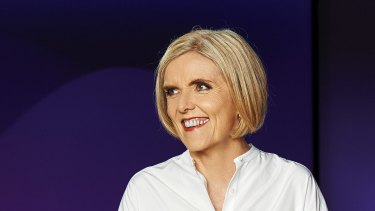 "After a break this year and a lot of thought, I've decided it's time for a change," Brockie posted on Twitter. "Hosting Insight for nearly two decades has been a highlight of my professional life. I'm proud of the work I've done and am hugely grateful to the talented Insight team and the many other fine people at SBS who've made that work possible.

"Above all, I want to thank the thousands of guests who've trusted me with their stories over so many years. It's been an honour and a privilege to help you share your experiences."

Brockie joined SBS after an award-winning stint at the ABC where, among other accolades, she earned Australian journalism's highest honour, the Gold Walkley. In 2008, Brockie received a United Nations Association of Australia peace award for her work on Insight.

SBS's newly-appointed director of news and current affairs, Mandi Wicks, said Brockie was renowned for her curiosity, fairness and ability to make interviewees feel at ease.

"She has unearthed some extraordinary first-person stories over the years, delivering the high-quality journalism our audiences know and trust us for," Wicks said.

"Jenny will be taking a break and, while we're sad to lose her from Insight, we're discussing opportunities and fresh ideas in the hope we can work together at SBS in the future."

SBS will start the search for Brockie's replacement during the coming weeks, with the new Insight host expected to start the role in 2021. The current affairs program has rotated through various guest presenters this year, with recent episodes featuring journalist Marc Fennell, SBS World News presenter Janice Petersen and co-host of The Feed Alice Matthews.

Insight, which first went to air in 1995, has long been a mainstay of Tuesday night current affairs programming. As with the ABC's Q&A program, it tackles national issues with the help of a studio audience. This year the show has addressed topics including menopause, COVID-19, voluntary assisted dying and growing up mixed race.