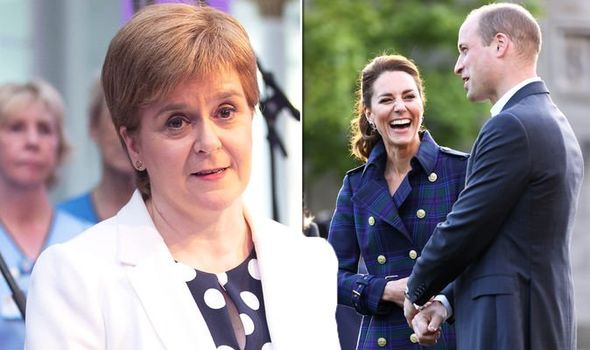 Kate and William received a rather ambiguous reception from the Scottish First Minister during this royal visit. When asked for a comment on the trip by Express.co.uk journalists, the premier refused to answer.

However, she did meet with William in Edinburgh on Sunday when the future King arrived at the General Assembly of the Church of Scotland.

The meeting came after another tour last year when an expert claimed Ms Sturgeon “couldn’t hide her disdain” when she was asked about it in a press conference.

Nicola Sturgeon has long been campaigning for Scotland to leave the UK, and therefore its monarchy.

Kate Middleton and William arrive at Palace of Holyroodhouse

In 2014 in the Scottish independence referendum, the Scots voted to remain in the UK.

However, there have been calls for another vote on the issue.

Nicola Sturgeon has told Prime Minister Boris Johnson a second independence referendum is “a matter of when – not if”.

She said: “Given the rather chilly reception from Sturgeon and the fact that Scotland might be on the brink of asking for a referendum again, this probably wasn’t the easiest visit politically for the couple, especially if it risked managing to look like a PR exercise rather than a signal of genuine affection and friendship for the country.”

However, she also claimed the couple looked particularly happy on the trip.

She suggests this might be for one rather romantic reason.

Judi said: “The open enjoyment and levels of relaxed fun on this trip could also be down to another important factor though. 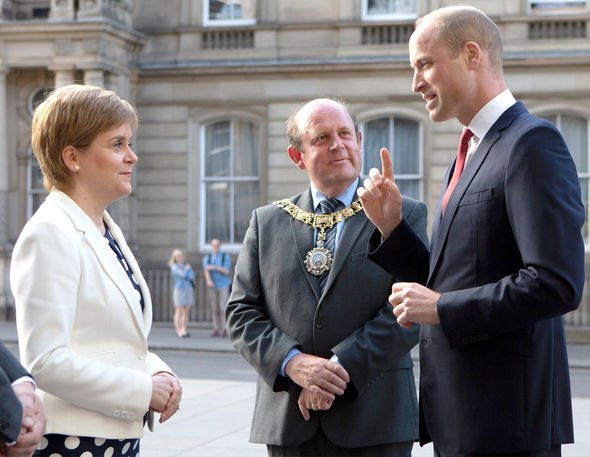 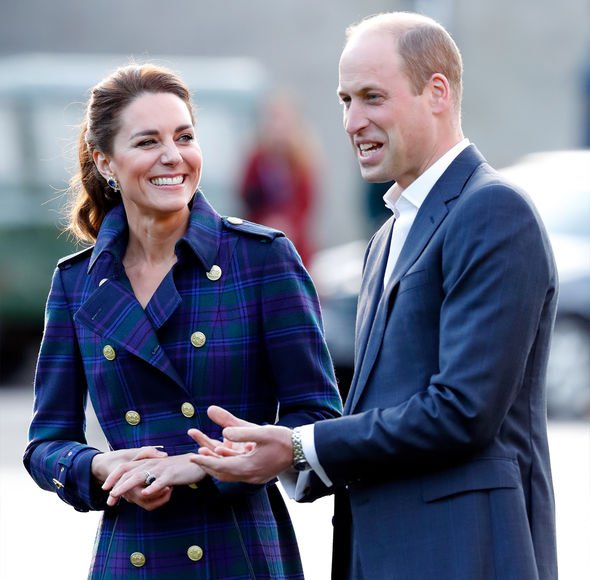 “Scotland is where William and Kate met and fell in love so the visit must also be full of romantic reminders, too.”

Judi claimed Willaim has appeared “at his most relaxed and accessible in Scotland”.

She went on: “His signals of affection and admiration for his wife have reached a new peak.