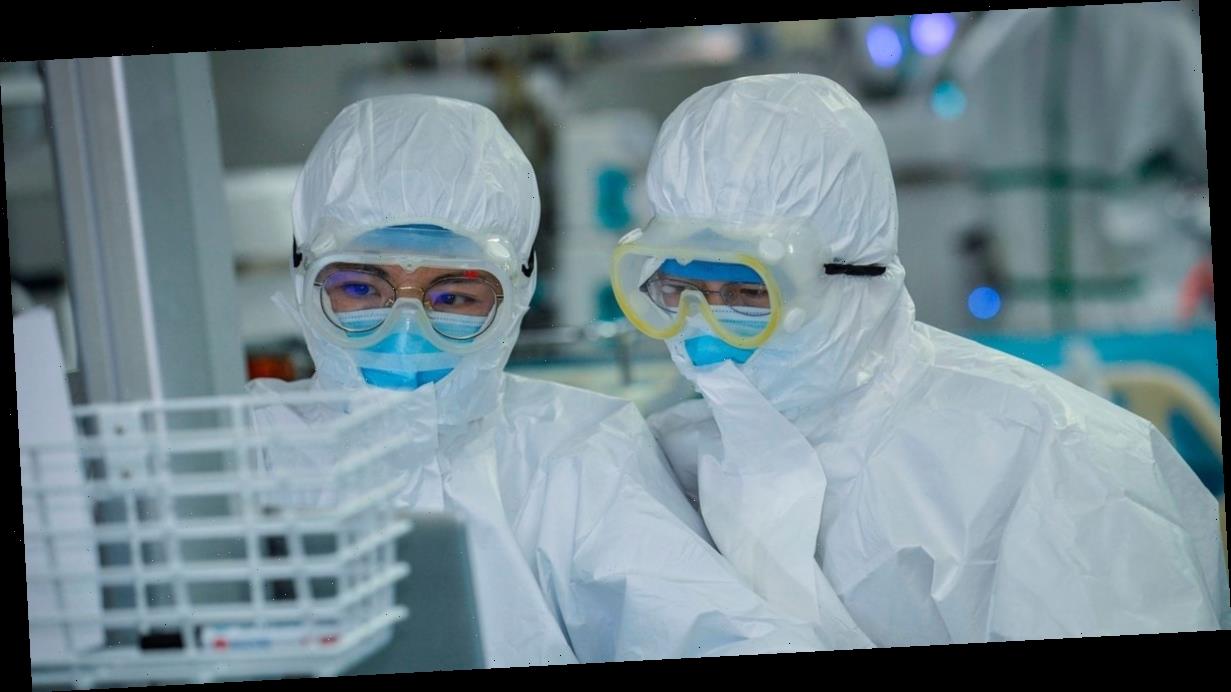 Scotland's first case of coronavirus has been confirmed, bringing the UK's infection total to 36 as medics brace for the potentially deadly bug to spread even further.

The patient is a resident of the Tayside area and recently returned home from northern Italy, where two regions – Lombardy and Veneto – have been locked down due to an outbreak that has killed 34.

The patient was admitted to a hospital in Scotland and was being treated in isolation as health officials trace people they had contact with.

Every UK nation has now recorded at least one case of the flu-like illness.

Scottish health officials announced their first case as the UK saw a dramatic rise in the number of infections on Sunday, including a "family cluster" in southern England.

Do you know the patient? Have you been affected by the coronavirus outbreak? Email webnews@mirror.co.uk.

She said: “Our first thoughts must be with the patient diagnosed with coronavirus, I wish them a speedy recovery.

“Scotland is well-prepared for a significant outbreak of coronavirus but there is currently no treatment or vaccine.

"Early detection measures will continue to be vital in helping to prevent the spread of the virus.

“People have a vital role to play in helping us contain any outbreak by following the latest health and travel advice, and following basic hygiene precautions, such as washing hands frequently, not touching their face and covering their nose and mouth with a tissue when coughing or sneezing.”

A spokesperson for the Scottish Government urged calm following the positive test result.

The spokesperson said: "Clinicians have already begun contact tracing, the process of gathering details of the places they [the infected person] have visited and the people they have been in contact with since returning to the UK.

"It is important to note that this does not involve people the patient may have passed on the street or in a shop as the risk in these situations is very low.

"Close contact involves either face to face contact or spending more than 15 minutes within two metres of an infected person."

Scotland’s Chief Medical Officer Dr Catherine Calderwood said: “Firstly our thoughts are with the person who has been diagnosed, and with their family. I would like to thank all the health professionals who continue to be involved in their care and treatment.

“Scotland is well equipped to deal with infections of this kind. We have a proven track record of dealing with challenging health issues, and have been preparing for this possibility since the beginning of the outbreak in Wuhan.

“This is peak season for respiratory and flu-like illness. There will be people presenting with symptoms of acute respiratory illness but these cases are highly unlikely to be coronavirus.

“We practice and prepare our response to disease outbreaks and follow tried and tested procedures, following the highest safety standards possible for the protection of NHS staff, patients and the public.”

The positive sample has been sent to Public Health England’s Colindale laboratory in London for a confirmatory test.

There have been just under 700 negative test results in Scotland since the outbreak began in Wuhan, China, in late December.

Twelve new coronavirus cases were confirmed in England, the Department of Health announced earlier on Sunday.

Health Secretary Matt Hancock admitted it was "inevitable" the deadly virus would continue to spread, and did not rule out following China's lead in shutting down cities if the Covid-19 outbreak escalates.

Three of the latest cases are family members of a man from Surrey who tested positive on Friday, becoming the first person to contract the virus within the UK.

All four are adults, including one more from Surrey and two from West Sussex, and are not GPs or health workers.

Chief Medical Officer Professor Chris Whitty said another new patient, from Essex, had not recently travelled to an infected area.

He added investigations were ongoing as to whether the patient had contracted it "directly or indirectly" from someone who had recently travelled abroad.

All of the newly identified cases are being investigated and health officials have begun tracing anyone who had close contact with them.

They include one from Bury, Greater Manchester, who was infected in Italy and has now been taken to a specialist NHS infection centre.

Three cases were confirmed in West Yorkshire, including two Leeds residents – who became infected in Iran – while one is from Bradford who had been in Italy – the worst-affected country in Europe.

Two of the new patients are from Hertfordshire, one is from London and the other is from Gloucestershire and linked to a member of staff at school in the Cotswolds, who was identified on Saturday.

"Staff from PHE have continued to support St Mary's Primary School, Tetbury, where one of the cases works."

In a letter to parents, headteacher Mrs Jo Woolley said that while it was not necessary to close the school from a health perspective, it will close until at least Wednesday due to "operational difficulties" with staff members.

She said: "Whilst I fully understand this will cause anxiety amongst the school community, I can assure you all necessary steps are being taken to minimise risk to others.

"A deep clean of the school was carried out on Saturday February 29.

"All people who have had contact with the person have already been identified, contacted and know if they need to exclude themselves from school."

A staff member at an infant school in Berkshire was confirmed to have tested positive on Saturday.

"The school will be shut for some days to allow for a deep clean and to ensure that the risk of infection remain(s) low," Ms Masters said.

As of 9am on Sunday, more than 11,000 people have been tested for coronavirus in the UK – with 35 confirmed as positive.

Mr Hancock outlined a new "battle plan" by the Government on Sunday and would not rule out isolating entire cities, as Chinese authorities did with Wuhan, where the virus originated.

He told the BBC's Andrew Marr programme: "There is clearly a huge economic and social downside to that.

"But we don't take anything off the table at this stage because you have to make sure you have all the tools available if that is what is necessary."

On Sunday, the Department of Health and Social Care announced every department will have a ministerial lead on the virus, and a cross-Whitehall "war room" is being set up to roll out an enhanced public information campaign.

Emergency powers designed to restrict Covid-19 if it becomes endemic, due to be announced this week, would only be "temporary", said Mr Hancock.

He confirmed that "population distancing measures", such as banning public gatherings and cancelling football matches, could be considered by the Government, while closing schools may be "necessary".

He added the NHS was ready to deal with further cases of coronavirus, with more than 5,000 emergency critical care beds available.

The number of emergency meetings convened by the Government is to be increased, which comes amid criticism of Boris Johnson for failing to lead a Cobra contingencies committee on the outbreak until Monday.

The Prime Minister visited a PHE centre in Colindale, north London, on Sunday.

"I think, you know, I don't want to go now into the kinds of things that might be necessary," he told reporters.

"But you can imagine that, obviously, there will be questions that we'll need to consider about very big public events, that kind of thing, how should schools continue to operate.

"My view is that they should as far as possible and I don't want kids being sent home unnecessarily, we think that's where, that's certainly where Public Health England is at the moment.

"I think that's the right thing. I think the crucial thing for the public to understand is coronavirus is of concern, it is a novel illness, but it's something this country really amply has the resources to deal with.

"We have state of the art testing facilities, we have a fantastic NHS. We will have to get through this, but believe me we are going to beat it."

The Foreign Office confirmed that non-essential staff, as well as dependants, are to be pulled out of the British Embassy in Tehran.

And the Republic of Ireland reported its first case on Saturday, with a secondary school to be closed for 14 days after authorities identified its pupils and teachers as having been in contact with the male patient.