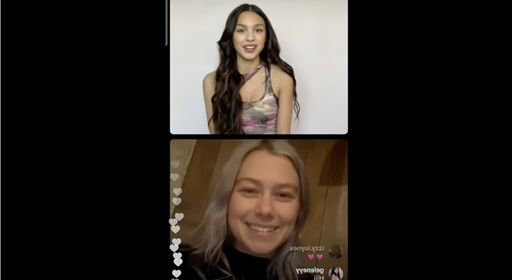 Both singers made their Austin City Limits debut for the Dec. 4 episode, filmed during their October visits to the Moody Theatre; as Rodrigo told Bridgers during their conversation, the ACL set was the first time she’d ever been to Austin.

While Rodrigo has staged a handful of concerts and festival performances following the release of her debut LP Sour — Number One on Rolling Stone’s list of the 50 Best Albums of 2021 — the “Drivers License” singer hasn’t actually been on tour yet, so she asked road veteran Bridgers for advice about touring during their 20-minute chat.

“Getting to travel is great, but getting to travel because of that makes it much more fun,” Bridgers told Rodrigo. “If you go on vacation and you get depressed, it’s so much worse; if you’re depressed on tour, you’re surrounded by people, you get to be with all your friends and it’s like work. So the magical moments are so much better and the sadder moments are really so much better.”

Bridgers added, “My advice is FaceTime your pets, call your mom… It’s okay if there are times that feel a little bit harder, but mostly it’s the best thing ever.”

Rodrigo and Bridgers also compared playing ACL to being musical guest at SNL, tour riders, audience participation, how much they love each other’s albums, and more.