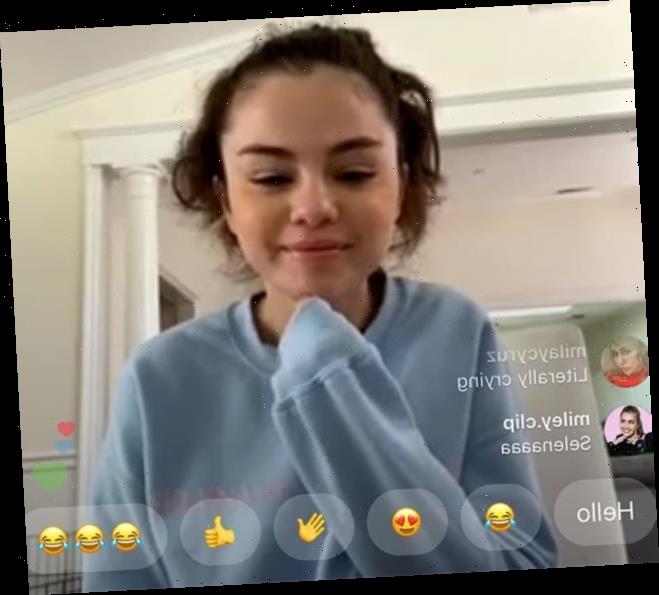 Selena Gomez has opened up to her very close friend about something very personal.

And, at the same time, she’s opened up to the entire world about it as well.

The artist reunited with good friend Miley Cyrus this week for an Instagram Live chat that has gone viral.

Because Gomez revealed during this discussion that she had been diagnosed with bipolar disorder.

“Recently, I went to one of the best mental hospitals in America, McLean Hospital, and I discussed that after years of going through a lot of different things, I realized that I was bipolar,” Gomez told Cyrus, adding:

“And so when I got to know more information, it actually helps me. It doesn’t scare me once I know it.”

Bipolar disorder is associated with episodes of mood swings, ranging from depressive lows to manic highs.

There is no known cause and treatment is typically lifelong, often involving a combination of medications and psychotherapy.

Gomez had previously said Justin Bieber mentally abused her in various ways during their time as a couple, but she talked to Cyrus about an actual mental health disorder.

This has nothing to do with Bieber.

During their chat, Cyrus and Gomez also discussed how they’ve been keeping anxiety at bay during the current Covid-19 crisis and the importance of staying connected.

“I’m just really happy that we did this new DM. It was very sweet because you just sent a butterfly emoji,” Cyrus told Selena on the show.

“And that’s enough. Connecting with people and letting them know that you’re there. A butterfly emoji is totally enough.”

Gomez then delved into all the ways she’s been dealing with her dianosis, specifically how she’s been channeling some of the challenges associated with it.

“I’ve been writing a lot. I think that that’s been helping me process what’s been going on,” said the 27-year old.

“A lot of it is connecting with people that maybe you haven’t been the greatest to that you may not have thought about.

“I feel like there’s been a lot of people I’ve gotten to do that with not necessarily saying it was bad, but just saying, ‘Hey, I hope you’re safe. I hope you’re doing okay,’ and that you know you’re on my side.

“I’m only sending you love from this end.”

The two singers and friend then chatted about mental health in general, along with donating to non-profit organizations as they social distance due to the coronavirus outbreak.

“There are moments where I just have to center myself and let the thoughts come in. Sometimes I’ll write them down, and then completely just sit with, ‘What is it? What is the root of this? Why can I get to the bottom of this?’

“And it really helps me.”

In the end, both stars expressed gratitude for their talk.

And for each other.

“I’m so happy to have [had] you on the show and got to reconnect,” Cyrus concluded.

“Send me butterflies any time. When all this has moved on and we can connect, we’ll just hug.”