Next to Barbie, Serena Williams‘ daughter Olympia‘s beloved Qai Qai has to be one of the most famous dolls around. She has her own Twitter account featuring 25K followers and a whopping 220K fans on Instagram. A fan put together a video of Qai Qai dancing side by side with Shakira in her new music video “Girl Like Me” and three-year-old Olympia just got her first look at it, thanks to her dad Alexis Ohanian…and her reaction is priceless.

The 37-year-old Reddit co-founder shared a video to Twitter on Jan. 15, showing Olympia getting her first look at Qai Qai and Shakira, 43, dancing, as a digitized QQ mimicked the exact music video dance moves. Olympia was seated on her dad’s lap and kept turning around to laugh and smile at him as the video played. 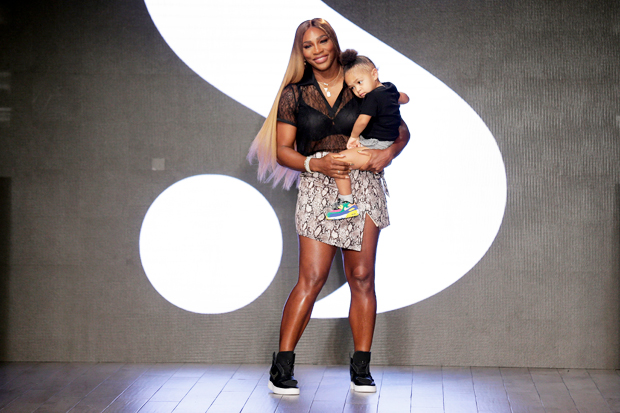 “Not sure if @olympiaohanian fully understands the @realqaiqai phenomenon, but she sure does love the dance videos. Thanks, @shakira, for the fantastic collaboration,” he wrote in the caption of the 19 second video. The dance “collab” actually first hit Twitter on Jan. 5, when Shakira herself saw it on the @realqaiqai account and wrote “OMG I’m dying I’m such a fan” of Qai Qai.

Qai Qai’s popularity took off in 2018 after Serena posted photos and videos of her daughter with her beloved doll. The tennis legend wanted a dark skinned doll for her little girl to play with, since that type of toy was lacking when she was a youngster. Qai Qai ended up turning into an internet sensation, and as of Oct. 2020 the doll began selling on Amazon.

“When we first opened @RealQaiQai’s account on Instagram two years ago, it was just supposed to be an inside joke,” Serena wrote in an IG post announcing Qai Qai dolls hitting the market. “But we’ve come to realize that Qai Qai could be the beginning of a new kind of toy story, and one that we’re excited to help bring to life so our daughter and millions of other children can see and play with more toys that look like them.” Hopefully lots of kids got their own Qai Qai’s for the holidays in 2020, so they too can enjoy watching her dance alongside Shakira with the same happiness Olympia got from it.