After a 35-year career resulting in 23 Grand Slams and 4 Olympic gold medals, Serena Williams has announced that she is officially retiring from the sport of tennis.

The athlete and philanthropist made the announcement on the cover of Vogue, with an essay written in her own words about her decision to leave her sports career and focus on venture capital endeavors and motherhood.

Appearing on the cover in a blue Balenciaga gown with her 5-year-old daughter Olympia Ohanian carrying the train, Williams dove deep into the inner conflict she feels about moving on from her beloved sport and into a new chapter in life. Instead of “retirement,” she chooses to see her transition away from tennis as an “evolution.”

The tennis star began her essay with the revelation that her daughter has been repeatedly asking and praying for a younger sister, and she’s ready to expand her family. But Williams knows that, as a woman, this comes with more sacrifices than it would if she were a male athlete. 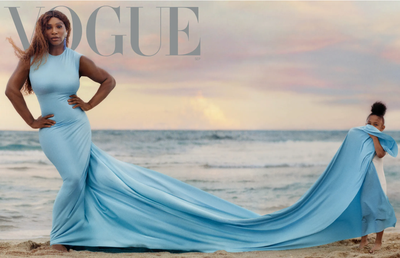 “Believe me, I never wanted to have to choose between tennis and a family. I don’t think it’s fair. If I were a guy, I wouldn’t be writing this because I’d be out there playing and winning while my wife was doing the physical labor of expanding our family,” she wrote. “Maybe I’d be more of a Tom Brady if I had that opportunity.”

“I’m turning 41 this month, and something’s got to give.”

The choice to leave tennis is a difficult one for Williams, who admits that she doesn’t find the same joy and relief most of her peers do in retirement. It’s a painful subject for her; one that she has been avoiding broaching with her husband and her family, and has only really delved into with her therapist.

“There is no happiness in this topic for me. I know it’s not the usual thing to say, but I feel a great deal of pain. It’s the hardest thing that I could ever imagine. I hate it. I hate that I have to be at this crossroads,” she wrote. “I keep saying to myself, I wish it could be easy for me, but it’s not. I’m torn: I don’t want it to be over, but at the same time I’m ready for what’s next.”

Always driven by naysayers and doubt, Williams says she has spent her entire career channeling anger and negative energy into championships and medals. She says part of her is still chasing Australian tennis legend Margaret Court’s record of 24 grand slam titles to truly be the “GOAT” according to those who still claim she isn’t.

“The way I see it, I should have had 30-plus grand slams,” she wrote. “I had my chances after coming back from giving birth. I went from a C-section to a second pulmonary embolism to a grand slam final. I played while breastfeeding. I played through postpartum depression. But I didn’t get there.” 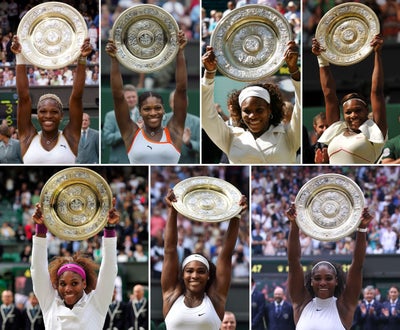 “Shoulda, woulda, coulda. I didn’t show up the way I should have or could have. But I showed up 23 times, and that’s fine. Actually, it’s extraordinary. But these days, if I have to choose between building my tennis résumé and building my family, I choose the latter.”

Williams announced that this year’s U.S. Open, taking place in just three weeks, will be her final game. While she says she’d love to end her career with a big win, it’s not a necessity for her.

“Unfortunately, I wasn’t ready to win Wimbledon this year. And I don’t know if I will be ready to win New York. But I’m going to try, ” she wrote. “But I’m not looking for some ceremonial, final on-court moment. I’m terrible at goodbyes, the world’s worst. But please know that I am more grateful for you than I can ever express in words. You have carried me to so many wins and so many trophies. I’m going to miss that version of me, that girl who played tennis. And I’m going to miss you.”