Sex worker hits out at BBC for 'mistreating' her 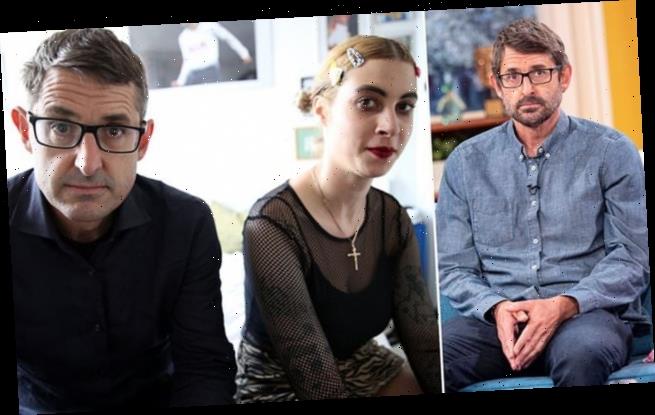 A woman who appeared in a Louis Theroux BBC documentary about sex workers has written an article in which she claims she was ‘mistreated’ and ‘manipulated’ during filming.

Ashleigh Williams, 23, who is an escort and makes adult webcam videos, was one of the women who appeared in Louis Theroux: Selling Sex, which aired on BBC2 in January.

Writing in an article for Gal-dem magazine, Miss Williams explains she was told the documentary would ‘challenge stereotypes about sex workers’ but was felt ‘deeply unhappy’ after the experience.

‘I wanted to help educate the public on work that is carried out by some of the most marginalised people,’ she wrote. ‘But my treatment on the show revealed the production team had a shallow understanding of sex work. On set, I felt far from comfortable.’ 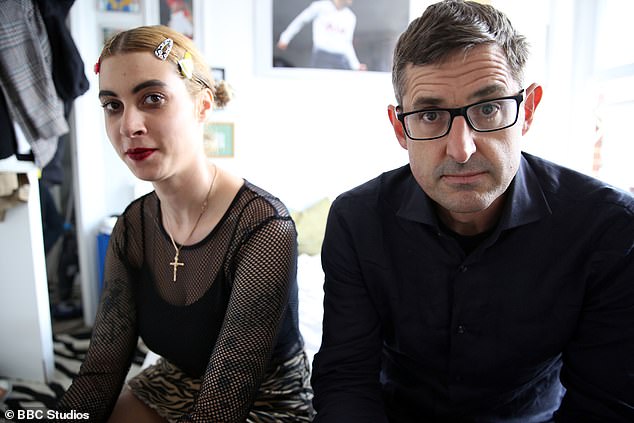 Ashleigh Williams (pictured with Theroux), 23, who is an escort and makes adult webcam videos, was one of the women who appeared in Louis Theroux: Selling Sex, which aired in January. She has written an article in which she claims she was ‘mistreated’ and ‘manipulated’

In the article Miss Williams levels a number of criticisms against the team, including that they decided to air a segment in which she discusses childhood sexual abuse, despite her pleas for it to be removed.

Miss Williams has been diagnosed with Aspergers, amongst other mental and physical ailments, is mixed British-Caribbean, and describes herself as working class, gay, an abuse survivor and ‘still working through addiction recovery and completing an MA’. However she says ‘many aspects of her identity’ were not respected.

She claims she had to ‘fight’ for the show to even mention her autism, which was later added as a voice-over.

Miss Williams also claims the team refused to listen to her pleas to remove a section in which she reveals she was the victim of childhood abuse.

‘I had only told this part of my past to a handful of people – no family members, and not a single medical professional,’ she wrote. ‘I wasn’t ready for it to be out there, nor was I ready for the backlash I’d inevitably receive from my family.’

Miss Williams told how she ‘begged’ for the segment to be cut to no avail. She revealed ‘none of her family’ has spoken to her since the documentary aired.

Finally Miss Williams claimed the team wanted to make her story conform to the narrative they had in mind.

‘It wasn’t until I was in tears, deep in the editing suite, that they began to acknowledge why it was important that my story was told properly and accurately,’ she wrote. ‘This signalled a lack of understanding of the different types of sex work, and also a lack of care in terms of doing justice to case studies.’

The article comes months after Miss Williams and her friend and carer Georgina Tyson – whom the pair claim were cut from the documentary – penned an open letter to the BBC about some of the similar issues. 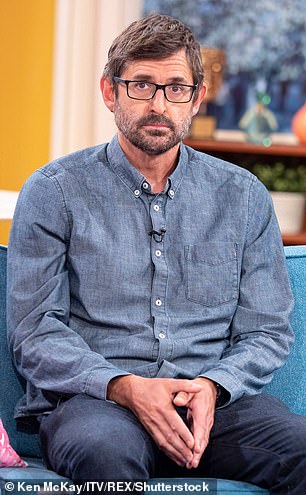 Miss Williams (right) claims the team refused to listen to her pleas to remove a section in which she reveals she was the victim of childhood abuse. Left, Theroux on This Morning

The letter, published on social media, reads: ‘They supposedly wanted to follow a newish sex worker to document that experience, it felt more like they were pushing the stereotype of sex workers being sex workers because something bad happened to them. Which is not the case for everyone and an outdated stereotype.’

It continues: ‘They told us it was going to be called “selling sex”. Immediately I explained what was wrong with that title.

‘It implies that escorting and fssw [full service sex work] and sex work are all like the same thing but there had been plenty of clients that book escorts or fsswers that don’t even want to have sex.

‘This was a clear indication that we had not been listened to or heard. At first we laughed along as they zoomed into aspects of our flat and it was all a bit surreal. But as the show developed it just got worse and worse.’

The article comes months after Miss Williams and her friend and carer Georgina Tyson – whom the pair claim were cut from the documentary – penned an open letter to the BBC about some of the similar issues. Pictured, the thread shared by Miss Tyson on the documentary

A BBC spokesperson told Gal-dem: ‘Duty of care to contributors is of paramount importance to both the BBC and Louis Theroux.

‘Louis is a critically acclaimed broadcaster and journalist, with years of experience of making programmes with vulnerable people, for whom he has the utmost respect.

‘Ashleigh raised a number of concerns about her contribution to the programme, and the production team worked with her extensively to ensure those concerns were listened to and, where appropriate, were addressed in the final edit of the programme.

‘The final edit does lie in the control of the BBC, but the welfare and views of our contributors are always part of our process and it was our genuine view that Ashleigh’s concerns had been resolved.’