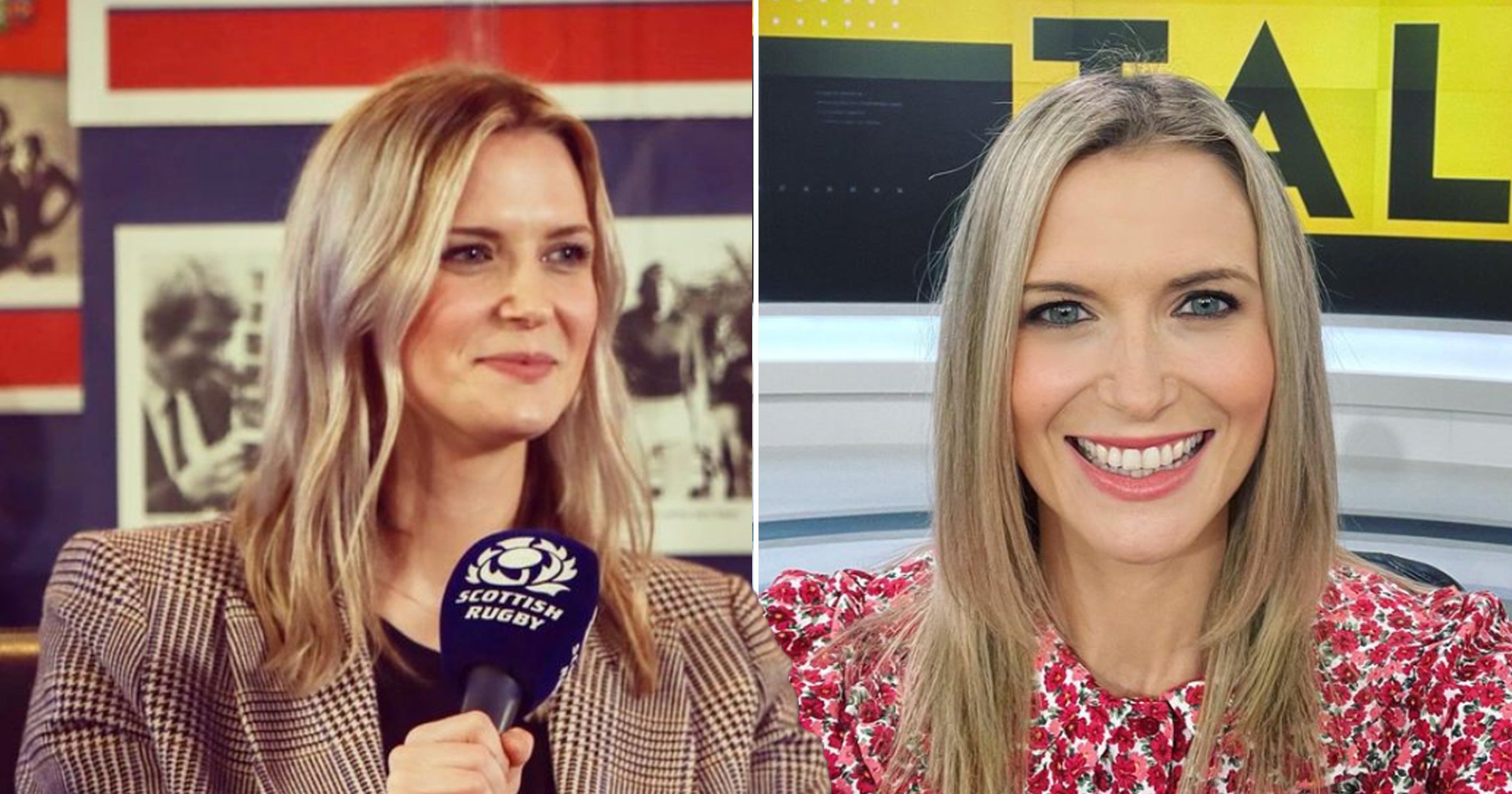 Sky Sports presenter Jo Wilson has shared an update on her cancer battle after undergoing a bout of treatment.

The broadcaster, 37, revealed earlier this month that she had been diagnosed with stage 3 cervical cancer this summer, and that the disease had spread to two of her lymph nodes.

She has been undergoing chemotherapy and radiotherapy for six weeks, causing her to lose a stone in weight due to the treatment affecting her appetite.

Wilson, who shares two-year-old daughter Mabel with partner Dan, is now facing a three-month wait for results from a scan.

‘I’m totally wiped out to be honest,’ Wilson admitted. ‘The final week of treatment involved a three day hospital stay and some internal radiotherapy which has definitely taken its toll.’

The TV star, who has presented on Sky Sports since 2015, then revealed how her toddler is completely oblivious to her mother’s health battle, but Wilson hopes to keep news items for her daughter to read when she’s older.

She explained to OK! Magazine: ‘I showed Mabel the pictures of us in the magazine and she kept pointing at them saying “mamma” and “baby”! She’s obviously not aware what it was all about, but I will keep a copy and print out some of the photos of me and her to show her in the future.’

Wilson explained how she missed her smear test when she was pregnant, before a gynaecologist first spotted signs of cancer when she underwent the examination in June.

The journalist delayed getting her smear test during her pregnancy after enduring a traumatic forceps delivery where both she and Mabel caught sepsis.

Wilson is now encouraging other women to get their smears done after initially missing hers, saying it’s ‘terrifying’ to think she could’ve put off the appointment for even longer.

‘I don’t want anyone to have to go through what I am right now,’ she previously said.

Alongside a photo of the toddler gleefully carrying her ‘2’ helium balloon around the kitchen, Wilson wrote: ‘And just like that this one is two 🎈 My motivation every single day 💜 #happybirthday #Mabel #two.’

If you or someone you care about has been diagnosed with cancer, Macmillan can offer support and information.