Snoop Dogg Says Dream Collab Is Sade, 'Too Nervous' to Meet Her in Past 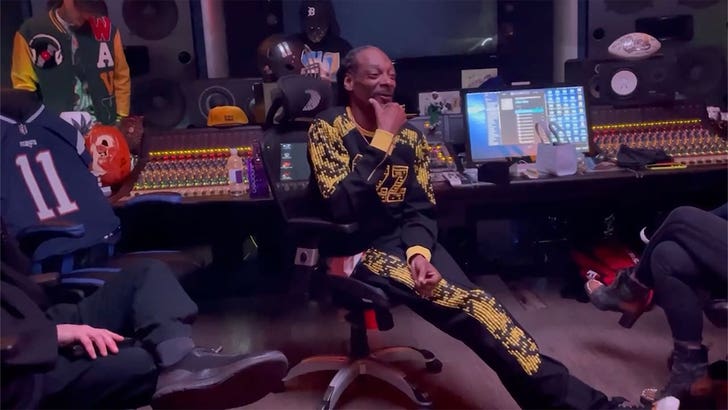 Snoop Dogg has a huge gig on Super Bowl Sunday — sharing the stage with Dr. Dre and co. — but he has a different collab floating around in his head … doing a song with Sade!!!

Check out this video of Snoop chilling in his Inglewood studio with some friends, and when someone asks if there’s anyone left in music he wants to work with … he only hesitated to take a hit of his joint before wistfully announcing it’s Sade.

When the topic came up earlier this month, Snoop’s revelation got a huge reaction in the room — everyone thought it was a great idea, and encouraged him to make it happen. What’s really interesting here is … the Doggfather and Sade have some history, apparently.

You gotta see his story about the first, and only, time he’s seen the “Smooth Operator” singer in concert — apparently she had some crazy effects and even disappeared at a point — but, even better, is what almost happened backstage at the show!

Now, Snoop — who’s about to crush the Super Bowl Halftime Show with Dre, Eminem, Mary J. Blige and Kendrick Lamar — makes it clear there’s no plan for Sade and him to record … at least not yet. It’s clear he’s hoping this video gets him closer to his dream duet.

If you’re wondering what kinda track Snoop would wanna do with her? Well, he’s a big fan of her smoothed-out loved songs — one in particular.

Soooo … your move, Sade!!! We’re officially looking out for this epic pairing. 👀👀