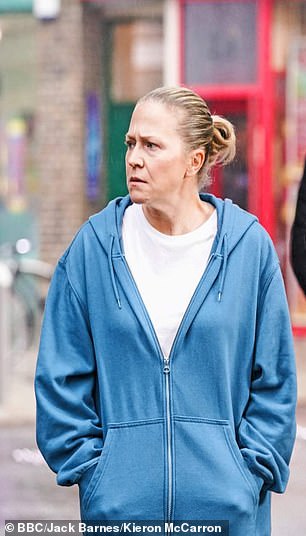 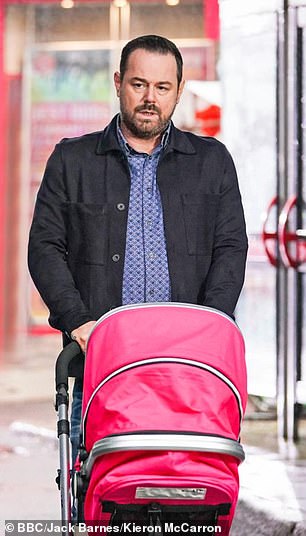 There are lots of things women might do to try to win back the man in their life, but ditching their Quality Street garb to start dressing like an upmarket tramp and not washing your hair is not up there in terms of most popular wooing techniques.

Despite Linda telling Annie she’s determined to win back Mick, you can’t help feeling that nothing short of an appearance on What Not To Wear is going to give her a snowball’s chance.

Enjoying some downtime together, Linda decides to declare her undying love for Mick, but will it be enough? Dressed like that, the only thing she’ll win is a dedicated spot under the Arches.

Congratulations to EastEnders’ Max Bowden (Ben), who is expecting a baby boy with his ex Roisin Buckle. The couple remain friends and will both raise the child. If only Ben could have an atom of such joy.

With Mick saying he’ll attend Linda’s addiction meetings to support her, Janine is propelled into super paranoid mode and offers Linda £25k to leave Walford. Given the amount Linda’s drinking, £25k won’t be enough to see her through the Jubilee weekend.

And from where is Janine going to get the money? The plot thickens.

Frankie is keen on creating a photography portfolio, and when Rocky suggests she try to capture the real East End, she takes a picture of him by the car lot. The results are not good (I could have told her what they’d be before she’d even clicked) and so she photographs Mick in the Vic. Suffice it to say she’s no David Bailey.

Callum is once again in severe frowning mode, despite Ben insisting that the kiss with Lewis meant nothing – in Soapland, always a euphemism for it meant everything and this is The End for us and, sure enough, Callum breaks up with him.

After a chat with Lewis, he changes his mind but warns Ben that a repeat performance really will mean The End. Come on, Callum; you haven’t smiled since autumn 2021, and even then it looked as if pliers were the only means that brought it about. Move on, lad. 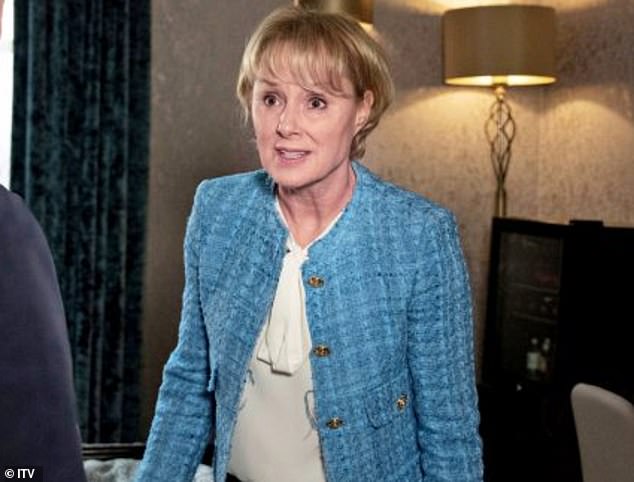 Taking the fun out of funfair

Have you noticed how nothing good ever happens around a funfair? In 1989, Corrie’s Alan Bradley was killed by a tram in Blackpool, and more recently Derek and Gary battled it out on a helter-skelter.

Emmerdale saw a helicopter crash into a funfair, and in 2004 a helter skelter collapsed in EastEnders.

Two weeks ago, Southend funfair featured strongly in EastEnders (in a sublimely brilliant episode) when a sick Jean took a ride before wading into the sea.

Talk about taking the fun out of funfair.

The ongoing saga about Tim and Sally’s sex life (or lack of) is fast turning into Carry On Corrie. That’s not to say impotence is not a serious issue, but it’s being played largely for laughs and has become a case of Too Much Information.

When Tim wins a romantic night for two in Debbie’s hotel (think several steps down from a Marriott – well, several staircases down, to be precise), he orders some erectile dysfunction tablets, failing to notice the warning about heart conditions (see what I mean? TMI).

After a passionate kiss at the hotel, Tim collapses. That must be some kiss; sounds like more of a devouring to me.

Once released from hospital, Tim hears Ronnie commiserate with Sally about the romantic getaway being a flop and jumps to the wrong conclusion before punching Ronnie in the face.

In news that will be welcomed by the Department for Education, Daniel tells Mrs Crawshaw he doesn’t think he’s cut out for teaching. Given how much time he spends with the ladies, surely it’s more a case of not having time for it.

Nicky chooses this moment to say they might have a future together. She doesn’t hang around, does she?

Week’s highlight: Eileen gets home to find Jacob in only a towel, having just enjoyed a shower. Don’t ask. Long story.

EMMERDALE: SUZY’S GOT A SHOCKING SECRET UP HER SLEEVE 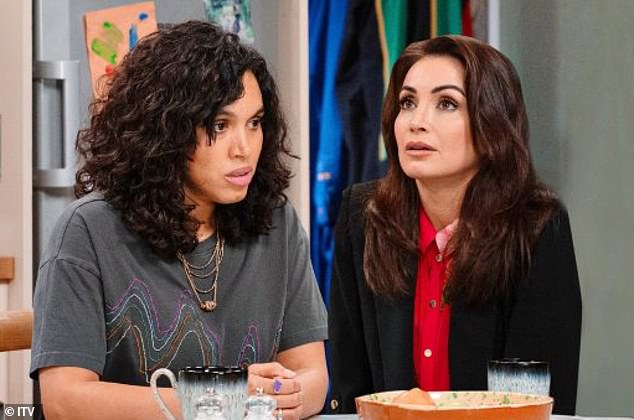 There’s very little in life that doesn’t excite Moira – most of it involving liberating men from their trousers (a lot) and, even more so, deciding what to do with sheep (there’s more to sheep than just coats, rugs and mutton curry, you know).

Now, she’s inspired when Suzy suggests she hire out the barn for weddings. Well, it’ll make a change from using it as little more than a romping ground for Moira’s exploits.

But apart from playing a poor man’s Dragons’ Den candidate (‘Barn for hire’: sorry love, I’m out), what is Suzy really about? When Leyla nods to a photo of Holly, Suzy recognises her and can’t get out of Moira’s quickly enough.

Later admitting that she knew Holly, Suzy shocks Leyla with a disturbing revelation.

Faith is in conciliatory mode, but Cain’s having none of it and wishes death upon his mother. Moira’s appalled, although it’s hard to see how this might be the straw that breaks the camel’s back, given Cain’s history.

It seems that where Cain’s really bad behaviour is concerned, Moira just follows him like… well, a sheep. She’s been spending too much time in that pen.