Despite South Korean President Moon Jae-in encouraging the population not to protest because of the coronavirus pandemic, thousands of the country’s union workers gathered on October 20 to demand better working conditions from the government. As reported by The Straits Times (via Insider), a large group of protestors donned costumes seen in the Netflix sensation “Squid Game” as part of the protests. The South Korean survival series is centered on a game in which 456 financially-challenged adults compete in deadly games to win a massive cash prize.

As summarized by Insider: “About 80,000 members of the South Korean Confederation of Trade Unions in 13 different cities in South Korea went on strike on Wednesday local time, calling on the nation’s government to impose better working conditions for irregular workers and a minimum wage hike. In Seoul alone, 27,000 people gathered to protest, prompting local authorities to deploy about 12,000 officers to set up ‘bus walls’ and fences for crowd control, namely in Gwanghwamun Plaza, where most of the rallies took place.”

“Squid Game” launched to well over 100 million households on Netflix, making it the streamer’s biggest opening for a piece of original content. A report from ABC News this month detailed how close to home the series was hitting for viewers in South Korea, which is why it’s no surprise “Squid Game” iconography popped up at the union rallies this week.

“Some scenes were very hard to watch,” Lee Chang-keun, a former employee of South Korea’s Ssangyong Motors told ABC News. “In ‘Squid Game,’ you see characters scrambling to survive after being laid off at work, struggling to operate fried chicken diners or working as ‘daeri’ drivers. That reminded me of my co-workers who died.” 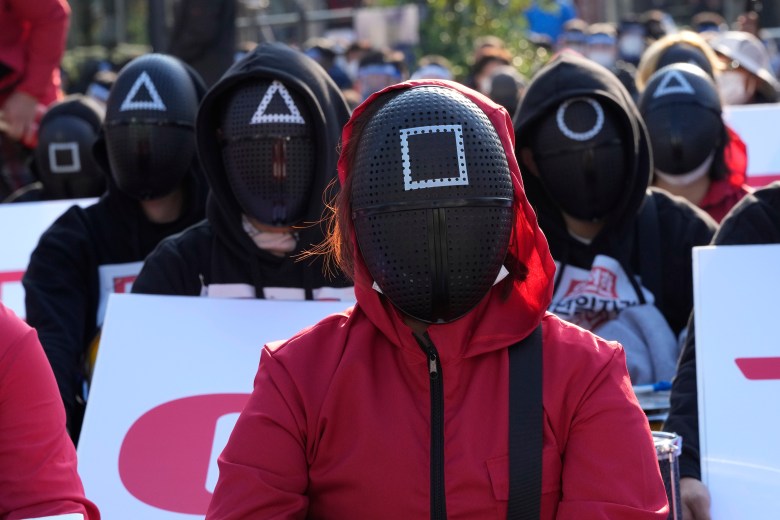 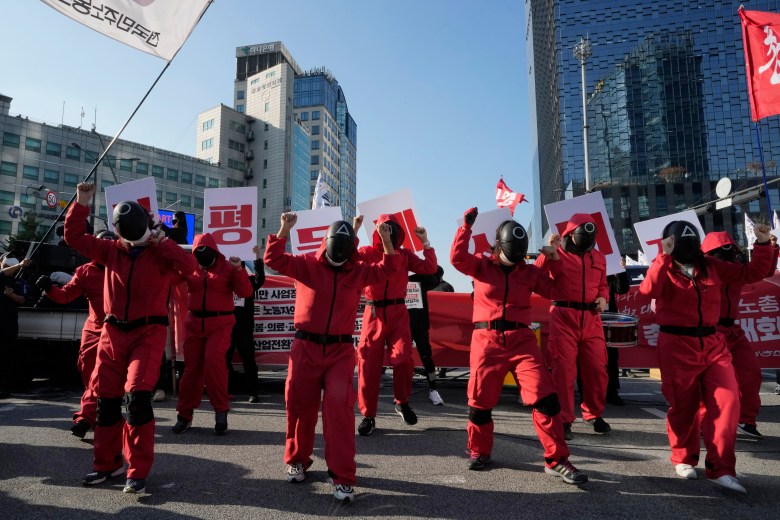 The rally was to statement to demand job security.