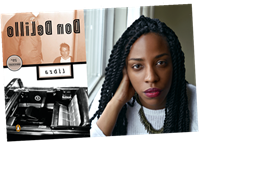 EXCLUSIVE: Don DeLillo’s novel Libra, a speculative account of the plot to assassinate John F. Kennedy interwoven with the life story of his assassin Lee Oswald, is being adapted for television.

It is the latest high-profile book in development at the Charter Communications-backed pay-TV operator after Deadline revealed last year that it was working on an adaptation of William J Mann’s 2014 book Tinseltown: Murder, Morphine, And Madness At The Dawn of Hollywood.

Libra, which was first published in 1988, blends fact and fiction to tell the story of the JFK assassination, one of the most mythologized events in American history, and explores the U.S.’s obsession with and relationship to conspiracy. The book was shortlisted for the National Book Award and the New York Times called it “DeLillo’s richest novel”.

DeLillo is the author of seventeen novels and Libra is his latest adaptation, following Cosmopolis, The Body Artist and Noah Baumbach’s recently announced upcoming adaptation of White Noise for Netflix

It will be written by Wilkinson, whose 2019 novel about black female secret agent, was named to President Obama’s summer reading list. Wilkinson has recently served as a writer on Class of ’09 for FX, Life Undercover for Apple TV+ and Citadel for Amazon Prime.

Scott Huff and David Stern will oversee development for Playground and serve as Executive Producers. Paul Giamatti and Dan Carey will Executive Produce under their Touchy Feely Films banner.