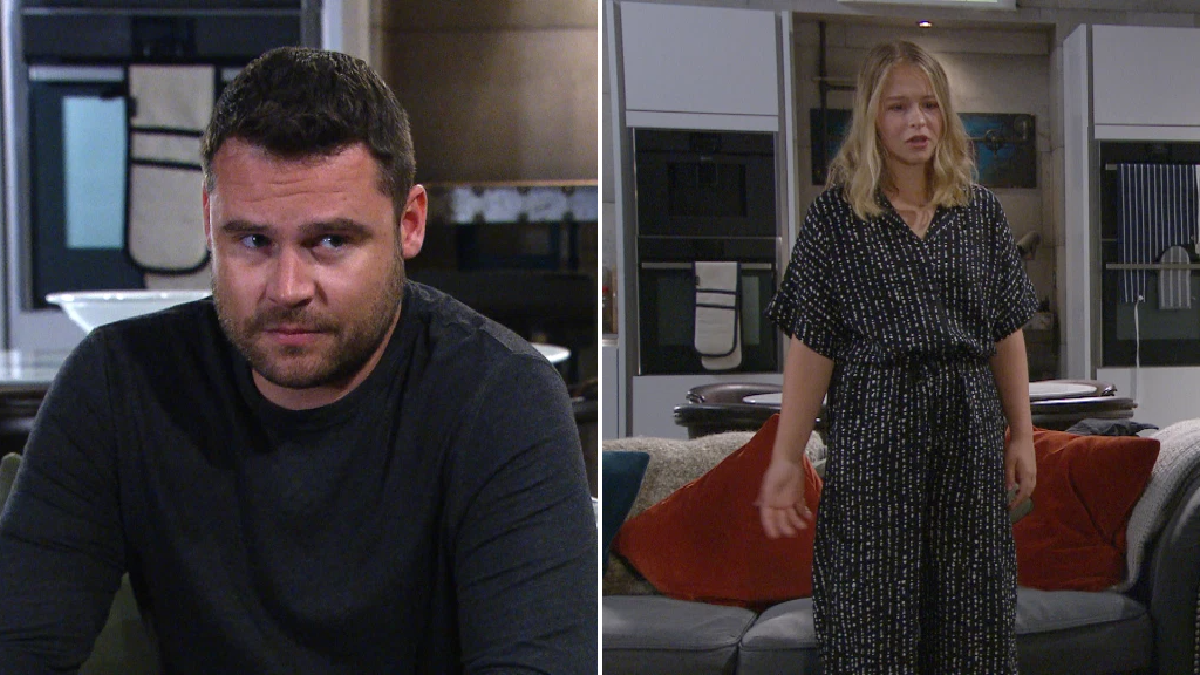 Liv Flaherty’s (Isobel Steele) life is about to end up in even more danger in Emmerdale as she is made homeless while vulnerable and drunk. Left out in the cold and intoxicated, will tragedy strike? And will Aaron Dingle (Danny Miller) regret his hasty and angry reactions?

Liv has been left broken by recent health and as her traumas and pain grew, she sought comfort in her old demon booze. Her relapse has been swift and intense and Aaron has lost patience, blaming her for Simon’s (Simon Lennon) reluctance to move in, due to his experiences of living with his alcoholic father.

Mandy (Lisa Riley) warns broken Liv to stay away from Vinny Ashdale (Bradley Johnson) and then invents the lie that he has moved on with Belle (Eden Taylor Draper).

Liv is devastated as Vinny was her one thing she was hanging onto. Sinking vodka, she invites Jacob Gallagher round (Joe-Warren Plant) and he is shocked by the state she is in.

Feeling uncomfortable, he is stunned when Liv suggests they get intimate but as she undresses, a stunned Aaron comes in and explodes at Liv.

As the argument spirals out of control, Aaron decides enough is enough and throws his younger sister out.

However, when Simon worries about what could become of her as she is inebriated and out in the cold with nowhere to go, he warns Aaron that her life could be in danger.

Can Aaron and Ben find her before she deteriorates to alcohol poisoning while out in the cold?