Spoilers: Chas confronts Al over his plan for the pub in Emmerdale 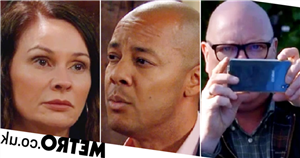 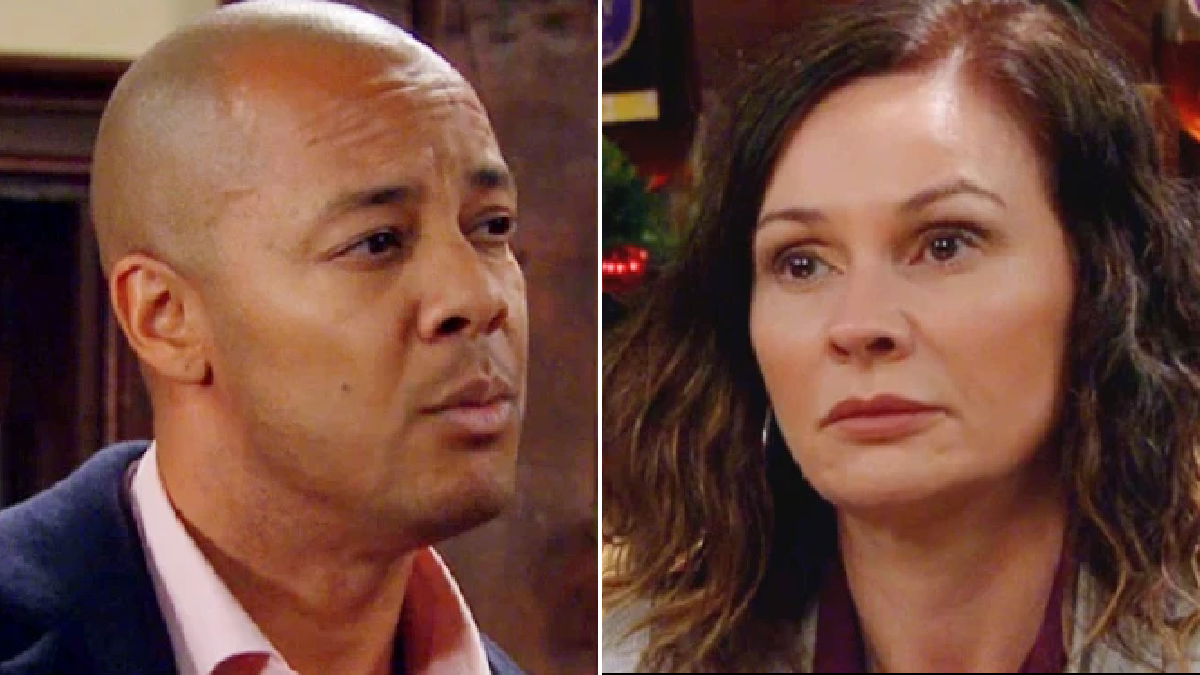 At the start of this week, viewers were fearing for Chas and Paddy’s (Dominic Brunt) marriage as it looked like Chas was happily flirting with Al.

Fortunately, after Cain (Jeff Hordley) stuck his oar in (cheers mate), Chas revealed the flirting was all part of her plan to figure out what Al was up to.

Tonight, things were taken up a notch as Chas and Marlon (Mark Charnock) followed Al in an attempt to get some answers.

The problem? They followed him using a tracker, which led them to a dead end.

Chas and Marlon discovered the tracker on the floor, leaving them worried Al was onto them.

Meanwhile, Paddy had decided to follow Al to a carpark.

Being watched by Paddy, Al met up with Gavin (Ben Richards) – someone we can safely say he’s working with.

As Al and Gavin chatted, Paddy snuck through the carpark, stole Al’s laptop and brought it back to the pub.

Al returned to a very angry Chas, who had discovered his plan to turn her pub into ‘shoeboxes’.

With the secret out, what now?

As rumours circulate the pub will soon be set on fire, who will be responsible?

Or one of the Dingles?