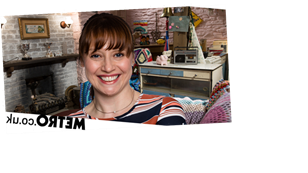 Lydia Dingle (Karen Blick) has been worried about the possibility of having Huntington’s disease in Emmerdale, but tonight (September 29) she was overjoyed to discover that she is in the clear.

Lydia was horrified when she learned from estranged mum Agatha that there’s a possibility she might inherit Huntington’s from her dad, who passed away as a result of it.

In the months that followed, she attempted to focus her attention on other things, but the worry and concern became simply too much, and she and Sam (James Hooton) argued about it frequently.

Therefore, she decided to take the test and find out for definite.

The couple kept such information to themselves, and in tonight’s episode, they headed to the hospital to receive the results.

Lydia was certain that she had, in fact, inherited Huntington’s, as she believed she’d been displaying all the symptoms.

However, the doctor informed her that the test was negative.

Both she and Sam were left in utter shock, and thus they resolved to tell Samson (Sam Hall) the good news.

Matters were complicated further when they arrived home to discover that conflict had arisen between Mandy (Lisa Riley) and Paul Ashdale (Reece Dinsdale).