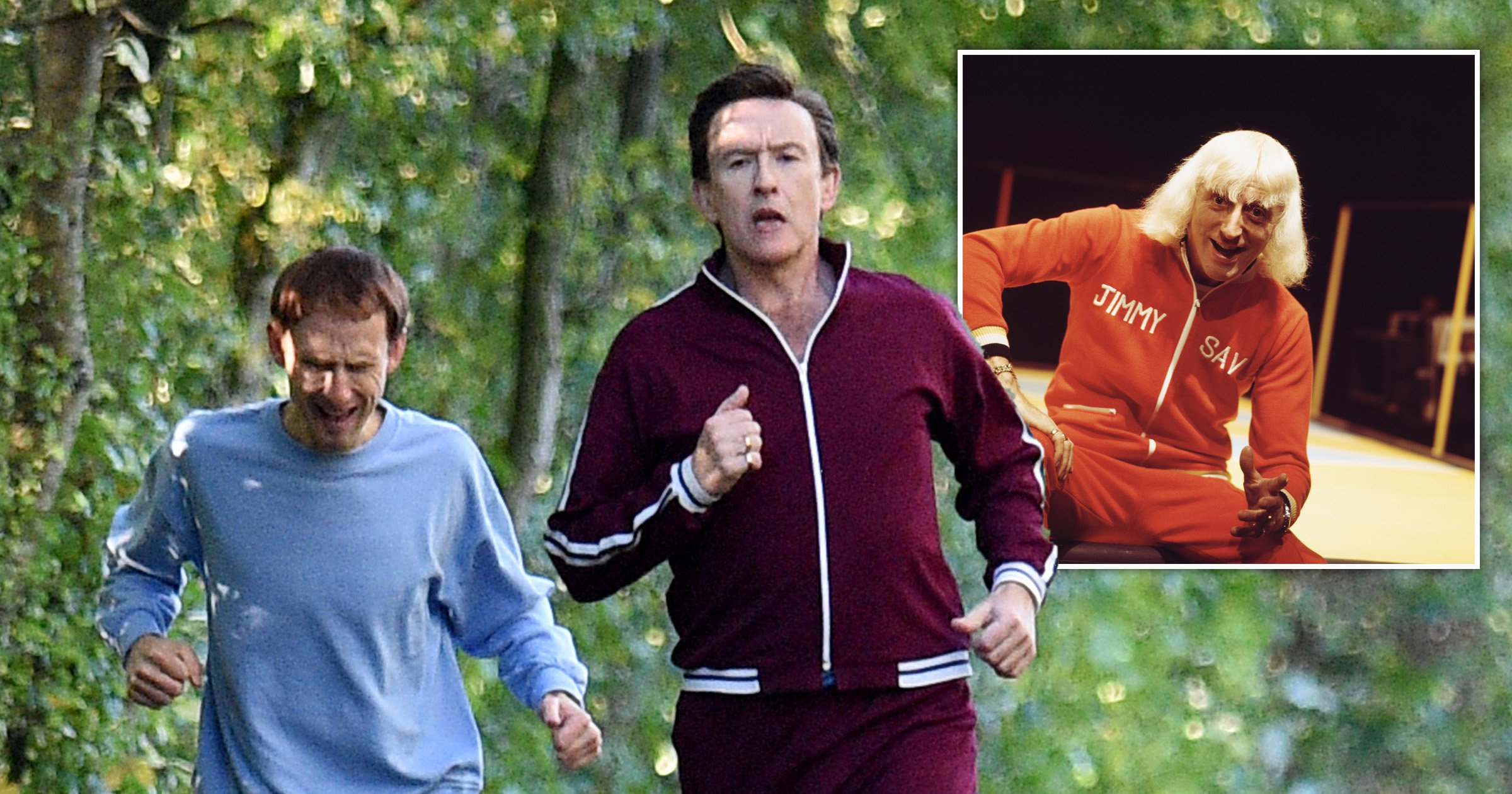 Steve Coogan has been spotted filming in his new role as Jimmy Savile in the controversial upcoming BBC drama.

The Alan Partridge star is taking on a very different role, as he’s set to star as sex offender Savile in The Reckoning.

The actor had a disgruntled look on his face as he filmed, donning a maroon tracksuit.

In another shot, the star could be seen surrounded by crew.

Coogan, 56, was previously seen sporting a jester costume as he filmed as Savile.

He was standing next to a nurse, signalling that hospital scenes are ongoing.

In the 1960s, Savile was a volunteer at Leeds General Infirmary and Stoke Mandeville Hospital.

Following his death in 2011, investigations found that the Top of the Pops host abused at least 33 patients aged between five and 75 in Leeds, and a further 63 people, between the ages eight and 40, connected to Stoke Mandeville.

Sexual abuse by Savile ranged from inappropriate touching to rape, including the rape of children under the age of 12.

The Stoke Mandeville report found that Savile had ‘virtually unrestricted access’ to clinical areas and patients during the 1970s and 80s.

The new series has faced backlash, with some accusing the BBC of ‘hypocrisy’.

While the BBC said that the team creating the drama are ‘working closely with many people whose lives were impacted by Savile to ensure their stories are told with sensitivity and respect’, a number of social media users have lambasted the need for the series.

Several also called out the fact that the drama is being made by the BBC considering Savile’s past with the broadcaster.

When the drama was first announced in October last year, it was met with fierce backlash, with Piers Wenger, controller of the BBC drama, saying that they ‘do not intend to sensationalise these crimes but to give voice to his victims’.

Sandra Goldbacher, director of The Reckoning, said: ‘The Reckoning is a unique opportunity to give Savile’s survivors, the people who inspired this project, a voice. I feel sure that Steve Coogan’s powerful performance as Savile will create a debate around how the cult of celebrity cloaked him from scrutiny.’

Coogan said that choosing to play Savile ‘was not a decision I took lightly’, stating: ‘Neil McKay has written an intelligent script tackling sensitively an horrific story which – however harrowing – needs to be told.

In his lifetime, Savile – who died at the age of 84 – presented BBC shows including Top of the Pops and Jim’ll Fix It.

The Reckoning is currently in production.