Stray Staffie with a glorious smile finds her forever home 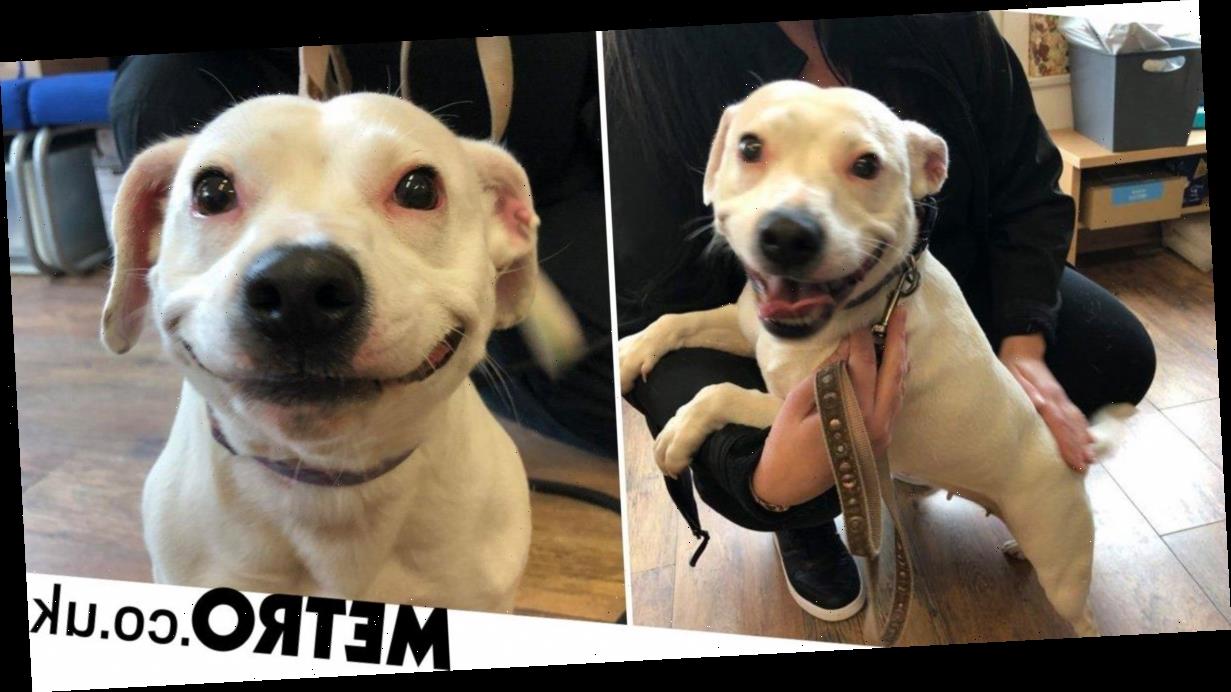 When stray Staffordshire bull terriers arrive at shelters, they often take a while to rehome.

That’s thanks to a bad reputation of the breed being scary or dangerous.

But this wasn’t the case for Sybil, who managed to find a forever home within days of arriving at a rescue charity, thanks to her brilliant smile.

Sybil, who was previously called Lily, was taken into All Dogs Matter in north London last week after being captured by a dog warden.

When someone at the shelter shared a photo of Sybil on Twitter, she quickly won hundreds of fans for her glorious grin. Soon the shelter had been inundated with messages from people sharing their love for the pup.

By the weekend she had found a forever home with Frankie Murphy, from Hertfordshire.

‘Even though we knew she had a lot of interest from the Twitter post, we got in contact with the charity in hopes that she was still available.

‘When we went to visit her, we fell in love with her straight away.

‘We were sitting there in the waiting room, and she walked in with her foster owner, and she was just so excited to see us.’

Frankie and her family took a few days to make sure Sybil was right for them, then took her home exactly one year after their previous dog passed away.

She’s settled into her new home quickly – and she won’t stop smiling.

The family have created an Instagram just for Sybil so her fans can see how she’s doing.

Frankie said: ‘She’s so good, she follows my Dad around like a little shadow, and she doesn’t bark at all.

‘My neighbours didn’t even know we had a new dog because she’s been so quiet.

‘She is so intelligent too, she has managed to open our back door. She’s not tall enough to reach the handle but she can push it with her nose and open it.

‘I think at the moment everything on Twitter is a bit negative at the moment, so everyone just got so happy that there was a nice positive story on a Monday morning.

‘That is just what everyone needed . They all adored her for her funny little smile, and that’s what I fell in love with.’

Overwhelmed by the support that the charity received online, the charity hope sthat Sybil’s newfound fame will encourage others to consider adopting rescue dogs in the future.

Laura Hedges, deputy manager at All Dogs Matter, said: ‘Most of the time, sadly, we get lots of Staffies come in and they don’t get half of the number of people applying for them as [Sybil] did.

‘It just shows the power of how a photo can say a thousand words.

‘We have many dogs coming in that are just as lovely as [Sybil], so if you are thinking of getting a dog then always think about rescuing one first because there are so many dogs up and down the country looking for good homes.’

Do you have a story to share? Get in touch by emailing MetroLifestyleTeam@Metro.co.uk.