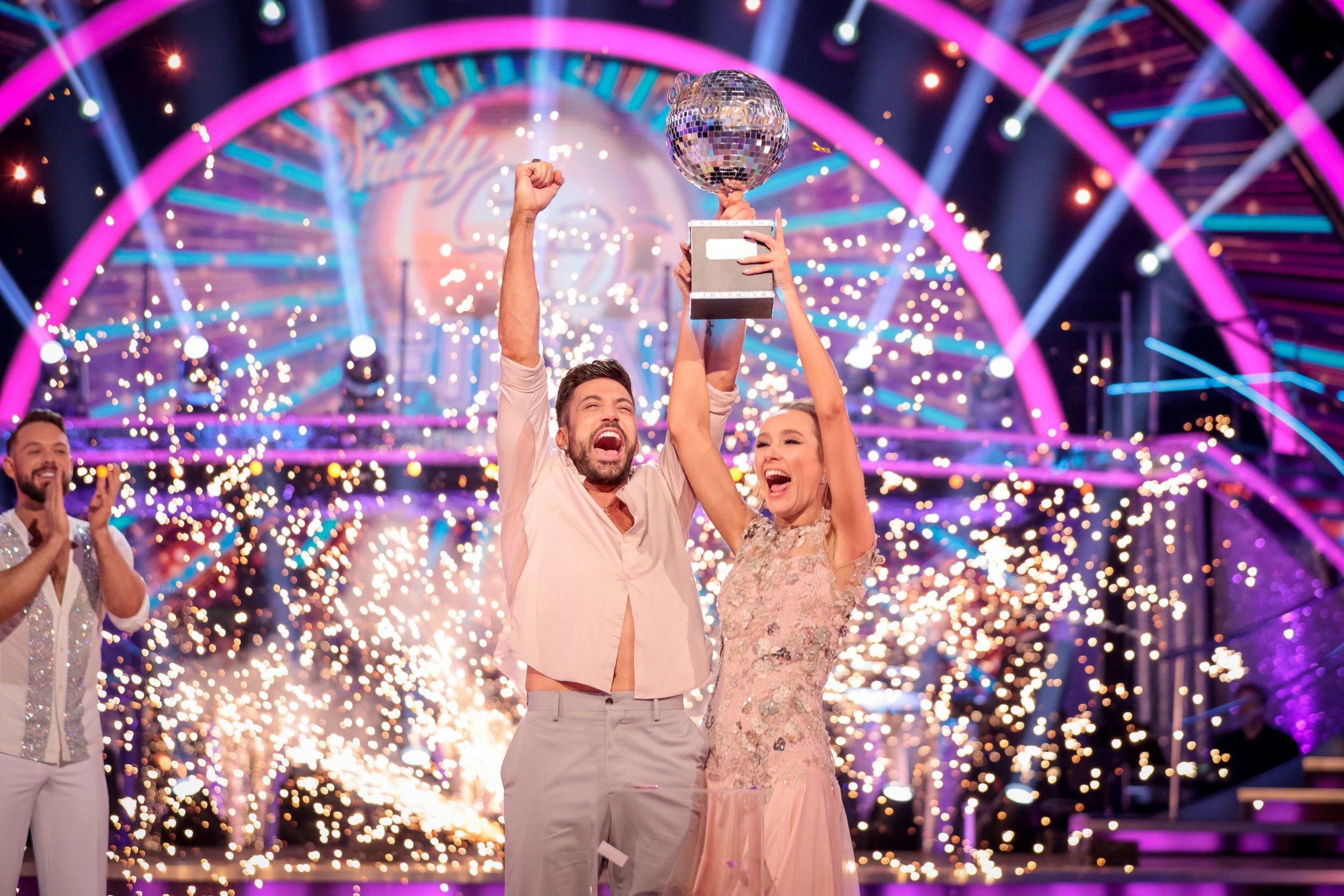 Strictly Come Dancing star Giovanni Pernice has revealed that he’s kindly given his Glitterball Trophy to his parents in Italy – despite waiting a whole seven years to win it.

The most recent series 27-year-old actress Rose Ayling-Ellies and her professional partner Giovanni take home the prize after facing off against John Whaite and Johannes Radebe in a spectacular final.

Giovanni cherished the gong, but rather than keeping it closeby, he instead did the selfless thing and let his parents, who are both fans of the show, look after it.

Speaking on This Morning today, Giovanni said: ‘Winning has always been my dream, and finally I got the chance to do it with Rose.’

When asked if he slept with his Glitterball Trophy by hosts Phillip Schofield and Holly Willoughby, he replied: ‘Yes! Oh my God, yes.’

The dancer added: ‘I’ve been reaching for seven years, and in the end when I got it I put it on my pillow next to me.’

Giovanni went on to say he took it over to his family in Sicily, saying: ‘My mum and dad are massive fans, so I think it was the right thing to do. It’s there with them.’

Confirming he’d left it with his parents to keep, he added: ‘Hopefully there’ll be another one to come and I can keep it with me.’

It comes after it was announced that Strictly Come Dancing will have a BSL interpreter present in every venue of the show’s upcoming tour.

An announcement was made on social media today, explaining how the tour will be made more accessible.

The news comes after EastEnders actor Rose Ayling-Ellis became the first deaf contestant to take part in the glitzy dance show, before she went on to win with professional partner Giovanni Pernice.

The official Instagram account for the Strictly arena tour wrote: ‘BREAKING NEWS! We are delighted to announce that a registered BSL Interpreter will be provided for every venue and performance of the tour, making this the biggest ever BSL accessible arena tour in the UK.’

This Morning airs on weekdays at 10am on ITV. Strictly Come Dancing is available to stream on BBC iPlayer.