It just got a lot easier to follow breaking Studio Ghibli news as the legendary Japanese animation studio launched an official Twitter page to kick off the new year. The Studio Ghibli Twitter already boasts over 350,000 followers and counting (Guillermo del Toro is one of the most high profile followers so far), and its posts include everything from views atop the studio building (Mt. Fuji can be seen from the studio’s rooftop) to photos of various equipment that’s used during the animation process (from a stopwatch that times the duration of cuts to drawing boards).

Perhaps the best post so far is a new illustration Hayao Miyazaki drew to mark the start of 2021 (see below). The image nods to the Japanese zodiac calendar and shows an ox stepping on a rat to mark 2021 as the year of the metal ox. The illustration was published alongside an annual new year’s post on the Studio Ghibli website that reads: “Thank you for always supporting Studio Ghibli. The global pandemic of the new coronavirus, which has continued since last year, has yet to show signs of ending…the medical professionals who are devoted to the treatment of infected people are devoted to medical practice regardless of the end of the year or the beginning of the year. [We] would like to express [our] deepest respect and deep gratitude.”

It makes sense that Studio Ghibli would launch a Twitter account to jumpstart 2021 as the studio is back in action in a big way thanks to Goro Miyazaki’s “Earwig and the Witch” and Hayao Miyazaki’s “How Do You Live?” The former title aired in Japan in December and marks Studio Ghibli’s first computer-generated animated movie. GKids is handling the U.S. distribution of “Earwig” with a theatrical release February 3, quickly followed by a streaming debut February 5 on HBO Max. All Studio Ghibli films stream exclusively on HBO Max in the U.S.

As for Miyazaki, the director is continuing production on his first feature since 2013’s “The Wind Rises.” Studio Ghibli was closed for the holidays but work on “How Do You Live?” resumed January 5. Unlike “Earwig,” Hayao Miyazaki’s new film will feature hand-drawn animation just as all of the previous Studio Ghibli films have before. Ghibli producer Toshio Suzuki revealed last year there was still three years left of animation required to complete “How Do You Live?,” which means fans wont be seeing the new Miyazaki until at least 2023. 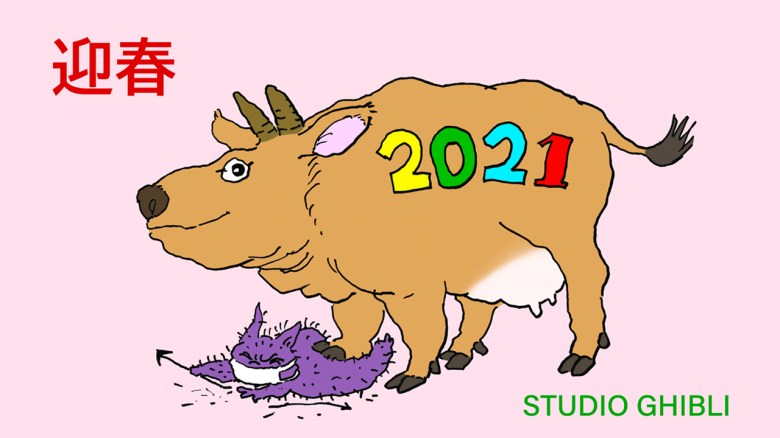