Jeremy Strong is not a broken man. He comes from a good family full of empathy — his mom a hospice nurse, his father a social worker. He went to Yale and picked up tips from Daniel Day-Lewis while serving as the actor’s assistant. Strong knows what he’s doing. Professionally, he is a favorite of Aaron Sorkin. Currently, he is happily ensconced in Brooklyn with his wife and two little kids.

Alas, he plays a broken man on television. In fact, Strong’s Kendall Roy is one of the best broken men in the history of the idiot box. The fucked-up second-oldest son of media titan Logan Roy (played by Brian Cox) on HBO’s delightfully grim Succession, Kendall pinballs from patricidal thoughts to drug-addled Chappaquiddick moments to ill-conceived freestyle raps, with stopovers at family betrayal. The role won Strong his first Emmy, in September.

Just how fucked up is Kendall? His own girlfriend tells him that his father only loves him in shattered pieces.

So, Strong had to get to broken. He detests the term “Method acting” — “I don’t even know what that means,” he says via Zoom, one of his young kids cooing in the next room. Still, he does have a specific way of doing business. The 41-year-old actor likes to be in what he calls a “negative space” when he first reads a script. “My social self and my creative self are separate, and there’s a certain ritual,” he says. “You have a chance for the writing to act upon you. And you have only that one chance.” He smiles. “I go into airplane mode.”

After absorbing the Succession script, Strong set upon understanding Kendall’s affluent fragility. He read Andre Agassi’s memoir for clues on how a son terrorized by a domineering father could make his way in a world that he despised. And, though the show’s creators have denied it is based on media goon Rupert Murdoch’s family, Strong visited the Murdoch library for prep.

“I read in Michael Wolff’s The Man Who Owns the News that Rupert only spoke and understood the language of strength,” Strong says. “And I remember feeling, ‘What would it be like to be his son if strength was not your native language?’”

That comprehension played a pivotal role in the final episode of Season Two of Succession. As they float on a yacht off of the coast of Croatia, Logan tells Kendall that he has chosen him to take the fall for a scandal that threatens to destroy the family business, and that Kendall is probably going to jail for a long time. There’s been a death involved, but Logan dismisses the victim, saying there was “no real person involved.” The words recall a moment in Season One, when Kendall killed someone in a car wreck, and his family covered it up. 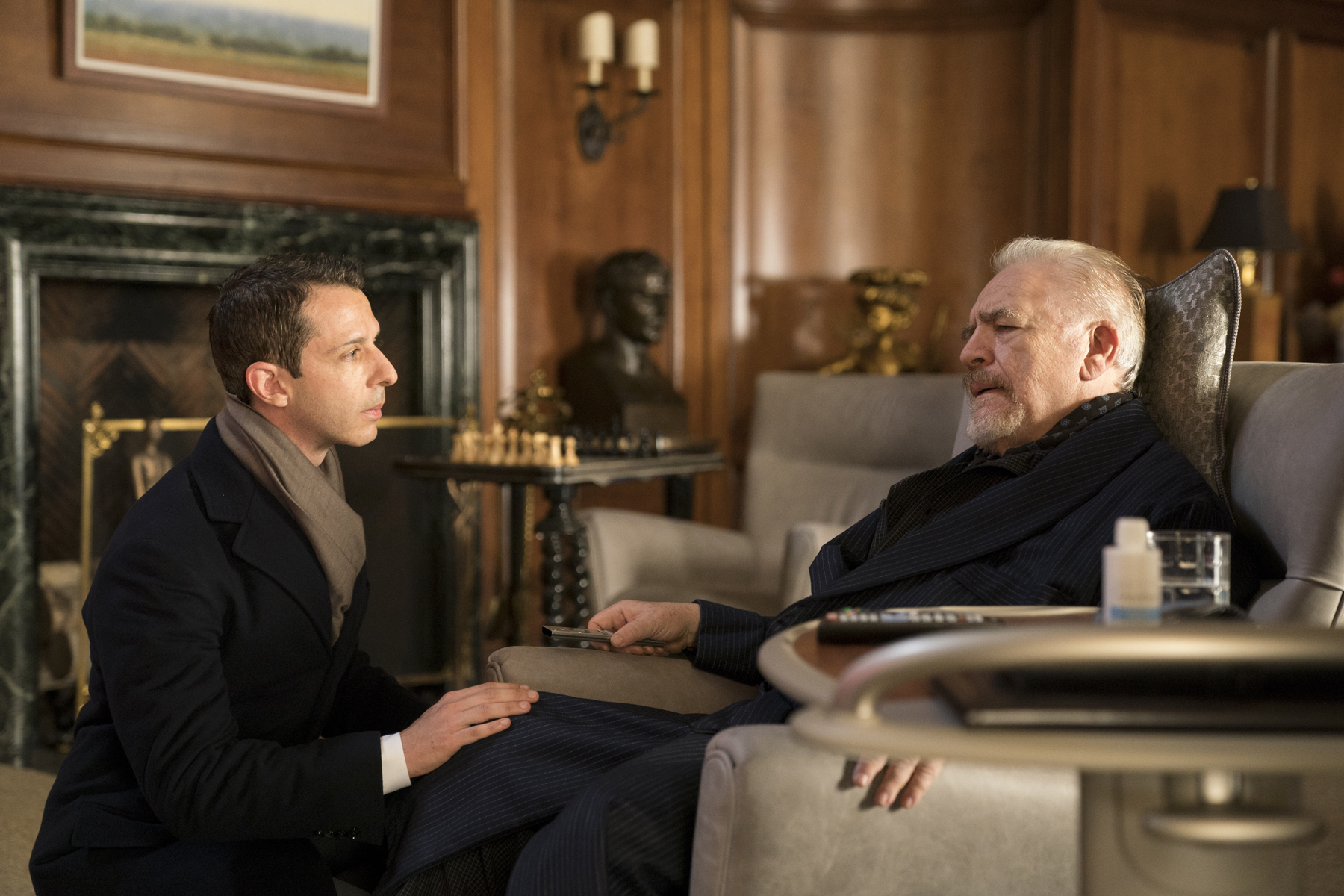 Kendall meekly accepts his fate, but then asks his father if Logan ever envisioned him as his successor. Logan hems and haws before saying, matter-of-factly, “You’re not a killer.”

Kendall then gives his father a soft peck on the cheek that turns out to be a Judas kiss. In the season’s final scene, a press conference where Kendall is supposed to cop to the crime, he tells the media horde that his father is, in fact, a monster.

“There was a lot of back-and-forth with [show creator] Jesse Armstrong on the boat scene, and an 11th-hour rewrite,” says Strong. “When Logan says ‘not a real person,’ it takes Kendall back to that car. The trigger was there, the firing pin was there, we just needed the hammer.”

While Strong’s performance ultimately scored him the Outstanding Lead Actor in a Drama Series Emmy (on his first nomination), he’s more excited about the expansiveness of the character allowing him to stretch his muscles in ways he wasn’t able to earlier in his career.

The gilded vulgarity of the Roys is the one-percent side of the current American moment. Strong recently experienced the other side playing Sixties counterculture icon Jerry Rubin in Sorkin’s The Trial of the Chicago 7. The film dramatizes an era-defining court case in which Rubin and six others were charged with felonies tied to protests that turned violent at the 1968 Democratic Convention in Chicago.

“We were marching down the street, chanting ‘No justice, no peace’ and ‘The people, united, will never be defeated,’ fists raised — and this was in October of last year,” says Strong. “Even then, it felt very powerful. We had no way of knowing we would all be saying those same things in Minneapolis, in Atlanta, and in Kenosha and Portland and Seattle.”

Strong has built his career on socially relevant films, from Selma to Lincoln to Katherine Bigelow’s underrated Detroit, set during that city’s 1967 12th Street Riot. That hasn’t been an accident.

“I’ve never wanted anything more than to be part of telling stories that feel meaningful,” he says, “films about social justice in particular.”

Over the years, I’ve seen an actress carefully place her Harry Potter book aside and then shoot a gory scene as a surgeon. I’ve also seen actors emerge from a cloud of weed smoke to nail a scene in one take. That isn’t Strong’s way.

“My runway time is longer,” Strong says. He laughs and adds, “I’d love to ban the iPhone from film sets. I need to believe what I’m doing is really happening.”

That’s one of the reasons he asked Sorkin to actually tear gas him during the shooting of protest scenes for Chicago 7. He’s embarrassed the news got out.

“I felt a great responsibility to capture and live through as much of [Rubin’s] life as possible,” says Strong. “It doesn’t hold a candle to what people are really experiencing right now in Portland and in Hong Kong, and everywhere.”

Season Three of Succession was due to be shot beginning this past spring, but the coronavirus changed that. The plan was to film in a number of different countries, and all of that has to be re-evaluated in this pandemic time. Strong is looking forward to seeing where Kendall goes, albeit with some sense of unease. But don’t worry, he won’t be asking out of his contract so he can go play the lead in a cop movie. Anxiety is just part of his process.

“There is a certain amount of dread and fear,” says Strong. “Because you have to start at zero every time.” He thinks back to the final scene of Season One, where Kendall, after his car accident, goes from stoic passivity to a sobbing man on the verge of a breakdown in front of his father.

“I feel very proud of that scene in terms of a piece of work, but I don’t know where that came from, and I don’t know if I could do that again.” He twists himself in his chair and looks lost for a moment. “That leaves you feeling like this doesn’t belong to you. It’s humbling. And quite terrifying.”