Talking Heads was a monologue series which first aired on BBC One in 1988 and it was also adapted for radio. The series has been used in A-Level and GCSE English syllabuses across the country, as the episodes are known for their unique prose. This year, 10 of the existing stories will be retold, along with two new stories, and Express.co.uk has everything you need to know about the cast.

Who is in the cast of Alan Bennett’s Talking Heads 2020?

Killing Eve star Jodie Comer takes on the role of Lesley in the episode titled Her Big Chance, which first aired in 1988.

The character of Lesley is an aspiring actress. She believes she has found her perfect role and she tells the audience how her dream job came about.

Audiences will be shocked to find out what sort of film she has taken on a role in.

All the episodes were filmed during isolation due to the coronavirus outbreak, and Comer said it was a unique experience filming in lockdown.

She said: “The biggest adjustment was the stillness. Usually on set there is a lot of chaos and noise, but as there were less people on set due to social distancing rules, it was very peaceful.

“This took some getting used to. Normally you have to zone yourself out of the noise to focus, but it was so quiet which threw me off balance to begin with.”

Martin Freeman is a well-known English actor and comedian who is known for his role as a young Bilbo Baggins in The Hobbit film trilogy.

He is also known for his role as John Watson in Sherlock, as well as his performances in Love Actually, Nativity! and most recently, Breeders.

Freeman is taking on the role as Graham in the episode called A Chip in the Sugar – a role which was previously played by Alan Bennett himself.

Speaking about the challenge, Freeman said: “Doing Alan’s monologue was a little intimidating, and also a huge honour that I was being trusted with it.

“To be approved of by Alan, who I don’t know, is something I wish I could have told my Mum.

We knew we had to treat it as a new piece of writing, and not be swayed by the folk memory of the original performance.”

Harriet Walter has been very busy over the past few years as she has taken on main roles in a number of popular TV series.

She played the main role in the Sky series, The End, and she also starred in the recent ITV period drama Belgravia.

One of her most recent roles was starring alongside Comer in Killing Eve, playing Dasha in season three.

In Talking Heads she plays the role of Muriel in the episode Soldiering On – a role previously played by Stephanie Cole.

Speaking about her character she said: “I don’t want to give too much away but I can say Muriel is a doer, rather than a thinker.

“Too much introspection seems self-indulgent to her. This means that while she enjoys gossip, she is often quite wrong about her nearest and dearest.” 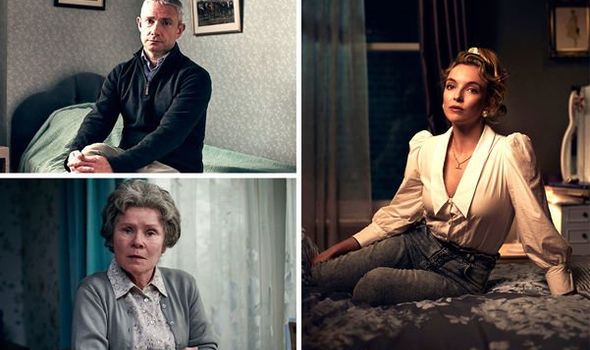 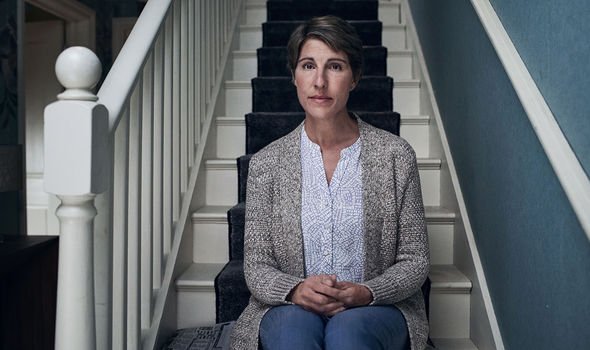 Monica Dolan is a British award-winning actress who is known for her role as Rosemary West in Appropriate Adult.

She has also starred in A Very English Scandal, W1A and a number of TV films like Excluded.

Dolan stars in a brand new episode called The Shrine, which tells the story of a woman called Lorna.

Speaking about her character, Dolan said: “We find out almost immediately that she has been newly widowed, that her husband Clifford has died in an accident.

“When we meet her at the beginning she is utterly shattered. She might not appear it, but she is a deeply unconventional person who goes back to the origins of grief in a way and lets her own sprout from what it really means, not our well-worn and

glib expressions of it.

“She is extremely practical and has great natural faith and belief. It’s very funny.”

Tamsin Greig is a well-known British actress who is best known for her role as Jackie Goodman in Friday Night Dinner.

She also starred alongside Walter in the period drama Belgravia, and the comedian also played a role in the Channel 4 sitcom Green Wing.

Greig is taking on the role of Rosemary in Nights in the Gardens of Spain – a role originally played by Penelope Wilton.

Speaking about the new series she said: “All of the characters are drawn with such compassion, the language so delicately chosen, the situations are so heart-breaking and oddly intriguing, the peculiar idiosyncrasies of each character so funny and detailed, that audiences get drawn into privacy.

“It’s like accidentally over-hearing hearts that are too full to keep any more secrets. 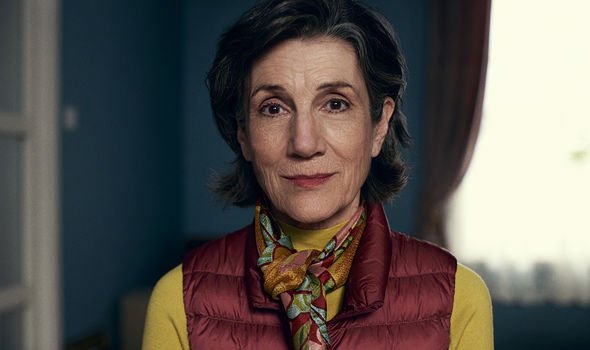 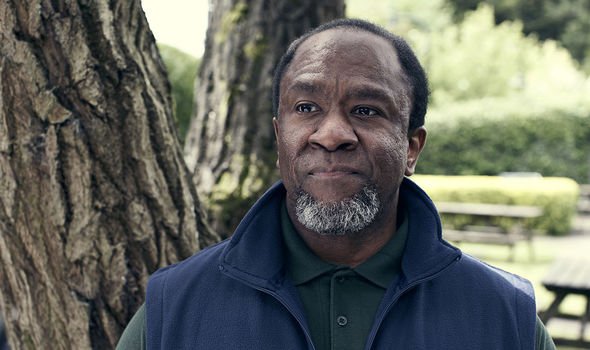 Sarah Lancashire is a popular British actress who is known for her roles in Last Tango in Halifax and Happy Valley.

She also had main roles in the series Kiri and The Accident, and she is now playing the role of Gwen in An Ordinary Woman.

This episode is another completely new episode created for the series, and Lancashire said she is a complex and troubled woman.

She said: “To be asked to perform a new ‘Talking Head’ was beyond any expectation.

“The matchless brilliance of Alan Bennett’s words coupled with the extraordinary wisdom of Nick Hytner’s direction made this a thrilling and quite simply unforgettable experience, and I’m enormously grateful.”

Lesley Manville is an English actress who is best known for her collaborations with director Mike Leigh.

She has starred in Phantom Thread, Ordinary Love, Another Year and World on Fire.

She will play the role of Susan in the episode Bed Among the Lentils – a role originally played by Maggie Smith.

Speaking about her character she said: “Susan is a wonderful woman who is full of potential and desperate to have a life of love and validation.

“She’s stuck in an awful marriage to Geoffrey, a vicar and is isolated and lonely and the only humour she shares is with herself.”

Lucian Msamati is a British-Tanzanian actor who is known for his roles in Game of Thrones, and more recently in the Sky hit Gangs of London.

He also took on main roles in His Dark Materials, Kiri and Black Earth Rising.

In Talking Heads he plays the role of Wilfred Paterson in Playing Sandwiches – a role previously played by David Haig.

Speaking about Alan Bennett’s writing he said: “Like all Master Storytellers for me he weaves wit, warmth and darkness with equal relish and does so with a deceptively light touch.”

Maxine Peake is an English actress who is best known for her roles in Dinner Ladies and Shameless.

She also starred in the legal drama Silk, and the BBC drama series The Village.

Peake will be taking on the role of the titular character in the episode Miss Fozzard Finds Her Feet – a role originally played by Patricia Routledge.

Describing her character she said: “She’s precise and a snob in many ways. I don’t think we would have got on. I would imagine I’d be the Estelle Metcalf in the relationship.”

Rochenda Sandall is an actress who is best known for her roles in Line of Duty, Black Mirror and Broken,

In Talking Heads she plays the role of Marjory in the episode The Outside Dog.

Speaking about her role she said: “Marjory is a boxed-in character in many ways, both physically and emotionally.

“She is an obsessive thinker, who dreams of living in a perfectly clean world, but something is niggling away at her.”

Kristin Scott Thomas an English-French actress who is best known for her roles in Four Weddings and a Funeral, and The Darkest Hour.

The award-winning actress is playing the role of Celia in the episode titled The Hand of God.

Speaking about her character she said: “Celia is an antique dealer. She considers herself to be very knowledgeable.

“She was in love with a man called Lawrence – an older antique dealer, who has since left the land of the living – but she remains in a world where antique dealers have more prestige.”

Imelda Staunton is an English actress who is best known for her role as Vera Drake, and Dolores Umbridge in Harry Potter.

She has also starred in TV series including A Confession, Flesh and Blood and The Girl.

In Talking Heads she takes on the role of Irine in the episode called A Lady of Letters.

Irine is a working-class single woman who is not afraid to share her thoughts and feelings.

She writes letters to everyone, but is caught out for one too many accusations of misconduct.

Talking Heads airs on BBC One at 9pm on Tuesday, June 23