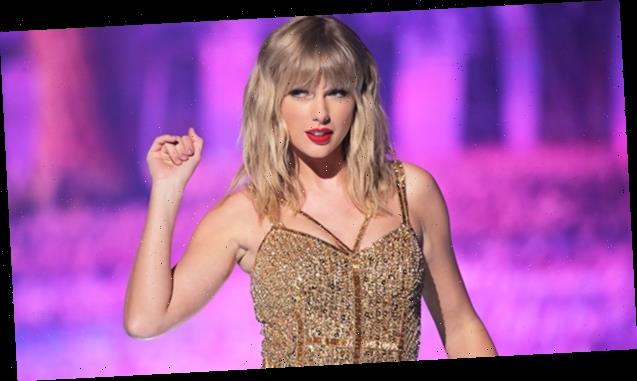 Who’s the man? Taylor Swift is the man, both in front and behind the camera in her new video ‘The Man, which she dropped on Feb. 27, and references her feud with Scooter Braun and more.

With lyrics questioning how she would be treated “if I was a man,” Taylor Swift’s “The Man” is perhaps her most feminist track yet. This anthem, from her most recent Lover album, was finally given the music video treatment, and it was none other than Taylor, 30, behind the camera for the visual. The Swift-directed video, released on Feb. 27, shows a man rolling through life — getting girls, partying on yachts, surrounding himself with money and more. At one point, he’s playing tennis in a charity match, and has a meltdown on the court, while people barely blink an eye. This seems to be a nod to Serena Williams being criticized for reacting in a MUCH less drastic fashion during the 2018 U.S. Open, yet making headlines for days and being criticized by viewers. Oh, and there’s a very important cameo at this point, as Taylor’s dad, Scott Swift, plays the referee at the tennis match!

At the end of the video, the man approaches Taylor in her director’s chair, as she tells him to film the tennis scene again, but to look ‘sexier’ while doing it. Then, she compliments a female extra in the video for doing a “great job,” even though she only had a quick cameo. This is Taylor flipping the tables on usual gender standards, where men are complimented for doing the bare minimum, while women are asked to work harder, even after going all-out for something. Oh, and at the end of the video, Taylor shows that she actual IS the man in the video — with help from a LOT of prosthetics and makeup! The character was voiced by Dwayne “The Rock” Johnson.

Taylor also references her drama with Scooter Braun and Scott Borchetta in the video. At one point, ‘the man’ is at a Subway station, and Taylor’s first six album titles are spray-painted on the walls, along with a poster that says ‘MISSING, if found return to Taylor Swift.” This is her callout to Scott letting Scooter purchase his record label, therefore giving him the rights to own Taylor’s masters, while she was not given the opportunity to purchase the catalogue herself. There’s also a sign that represents ‘No Scooters’ being allowed in the Subway station. LOL! Interestingly, the word KARMA is spray-painted in the middle, which has fans wondering if the next album or song she releases will have that title. Also, at the end of the video, Taylor makes a point to write that it is OWNED by Taylor Swift — not a man, not anyone else.

“The Man” marks the first time that Taylor has solely directed a music video -– sorta. She is listed as the director for “The Best Day,” the vertical version of “Delicate,” “I’m Only Me When I’m With You,” and “Christmas Tree Farm,” but these videos are made up of Taylor’s home videos or live concert footage. She co-directed the videos for “ME!” (along with Dave Meyers), “You need to Calm Down” (with Drew Kirsh), “Lover” (with Drew again) but this marks the first time Taylor has gone behind the camera for a huge video shoot.

She first revealed the video was coming on Feb. 25. “There are 19 hands in the hallway,” she tweeted, “but only 2 days until The Man Music Video.” Because the numerological Taylor never does anything by accident, fans started to decipher what the number “19” meant. Ultimately, fans came up with the theory that they represent the 18 women (plus Taylor) who she mentioned when accepting the first-ever Billboard’s Women of the Decade award in December.

Fans also suspected that this might be Kanye West-related. She was 19-years-old when he pulled his MTV VMA stunt in 2009. Fans drew a comparison between the columns in the teaser image and the photos that Kim Kardashian tweeted of her house at the start of February. Check out the video above!