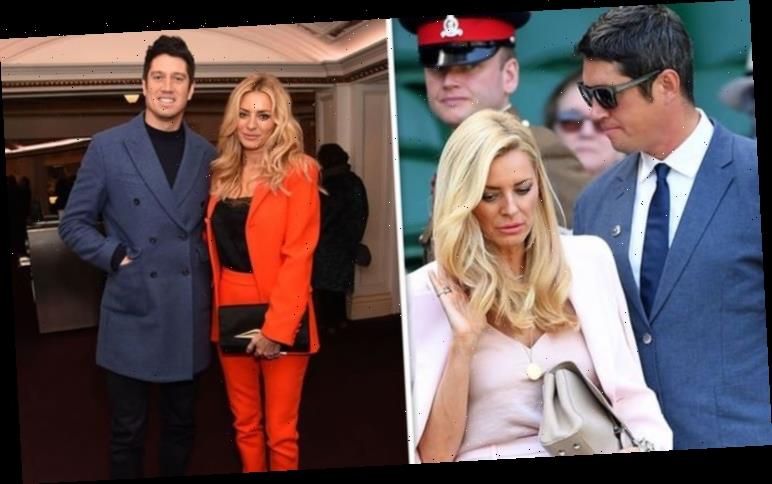 Strictly Come Dancing host Tess Daly, 50, and husband Vernon Kay, 45, took part in a charity event for Comic Relief to launch Red Nose Day. In the unearthed clip, the BBC host’s husband was tasked with dolling up his wife in a bid to raise money.

The Strictly host admitted she “might fall out” with her beau if he “didn’t get on with it”.

Speaking in 2015, Vernon said: “We’re on the set of Red Nose Day’s Make Your Face Funny.

“I’m going to be let loose with some makeup on Tess Daly’s face – or on my wife’s face.” 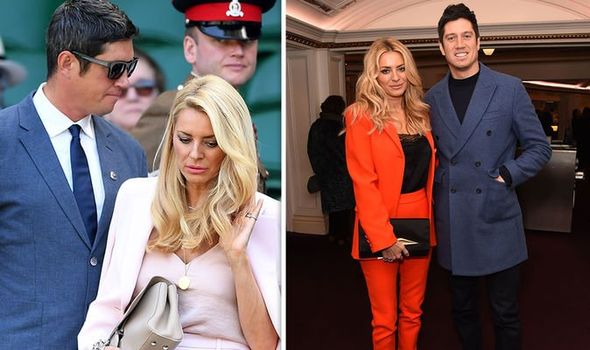 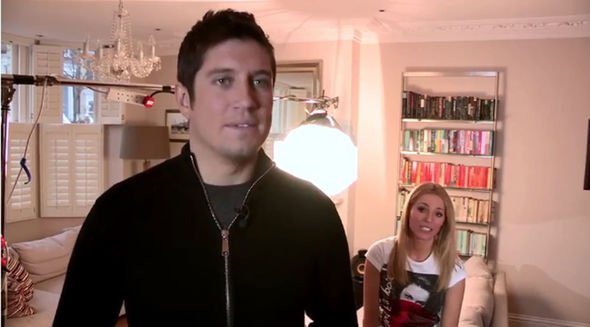 The blonde beauty could be seen in the background shaking her head but with a weary look on her face.

She explained: “I’m quite nervous about Vernon doing my makeup. He’s never picked up a makeup brush in his life.

Vernon started by applying pink lipstick to her cheeks and in his own words began to “blend” the product into her face. 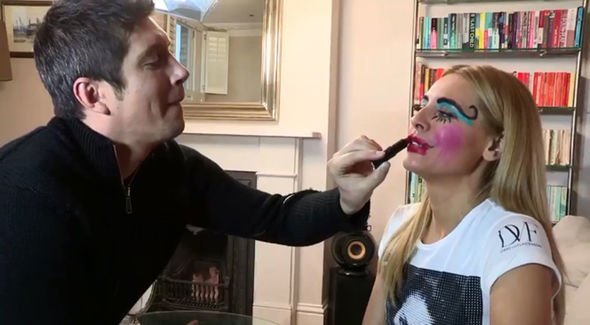 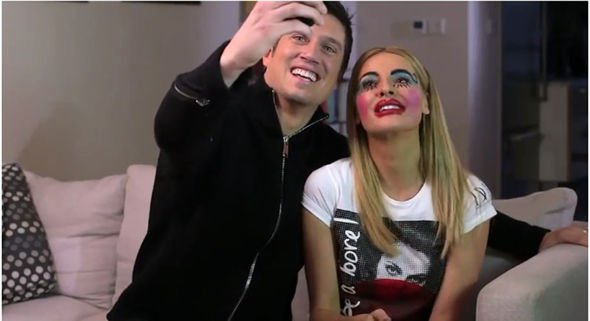 Tess fumed: “You don’t have to push that hard,” as she rolled her eyes up in the air.

He then licked his finger in an attempt to redo some of his work but Tess seemingly was not having it.

“No. Don’t you dare. There’s spit,” Tess giggled, as she attempted to move her face away from Vernon’s grasp.

Later in the clip, she urged her beau to “just get on with it” as he used bright blue eyeliner on her face.

Vernon accidentally smudged the eyeshadow across her face, as she issued a cheeky warning.

“Don’t lick your finger again. It’s not right,” Tess exclaimed, before adding: “We might seriously fall out.”

Vernon applauded his efforts, as he gushed: “You look really good.”

“Do you fancy me?” the Strictly star quizzed as Vernon nodded in agreement.

Despite Tess’s hilarious look by the end of the clip, she seemed pleased with her husband as it was all in the name of charity.

The Strictly star and Vernon tied the knot in an intimate ceremony at St Mary’s Church in Horwich back in 2003.

The couple first met in 2001 when Vernon was working on T4 which was his first television presenting gig.