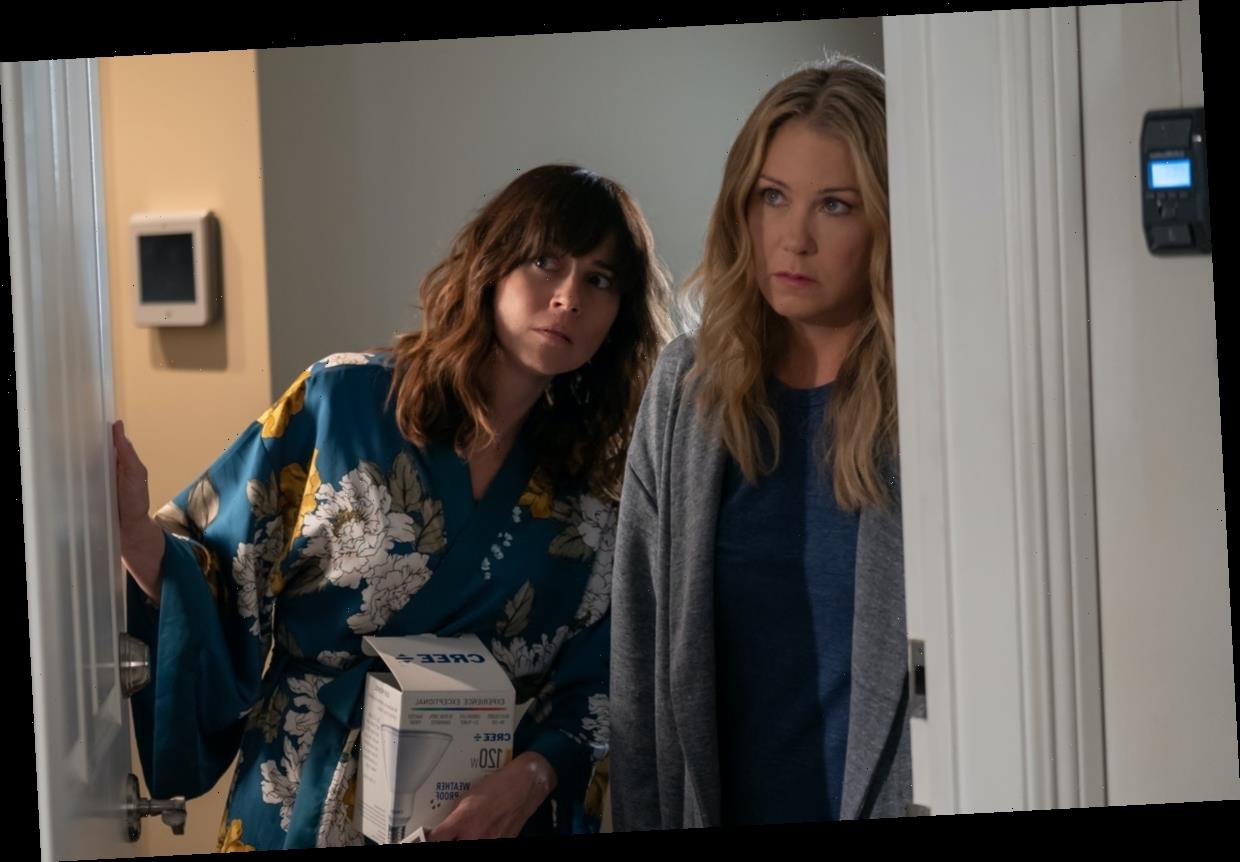 You know hat major, full-circle cliffhanger that tied up Dead to Me’s sophomore season? I tcould have been very different. Per creator Liz Feldman, Dead to Me Season 2 had an alternate ending that was much more bleak. Spoilers ahead for Dead to Me Season 2.

The Netflix dark comedy left off with its titular characters Jen (Christina Applegate) and Judy (Linda Cardellini) as victims of a hit-and-run at an intersection, after Steve’s (James Marsden) twin brother, Ben (also James Marsden) hit them while driving drunk. In the final moments of the finale, Jen and Judy awaken from the crash, with Jen muttering, “Oh, sh*t,” but the original Dead To Me Season 2 ending left Jen’s fate unknown.

“It was actually scripted that we don’t know whether she survives or not,” Feldman told TVLine. “We [initially] wanted to go for the most dramatic version of [the] scene. And when we shot the version of it with Jen not coming to, it did feel incredibly dramatic.” Given its sullenness, Feldman decided to change course. “On the day we were shooting it I very quickly went, ‘You know what? Let’s quickly get a shot of her eyes opening and her waking up and saying something.’ So we added that to it, and I’m really glad we did because it’s just much more satisfying.”

Feldman added, “I’m always interested in leaving people with an element of fun. Also, I’m not a big fan of Schmuck Bait. I like to give my audience credit.” Adding that a teaser of Jen’s death would be “a bit insulting to the audience,” Feldman said, “I know they know that we’re not going to kill off [Applegate] at the end of Season 2.”

While Dead To Me has yet to be renewed for Season 3, Feldman said she was “reasonably hopeful” and “optimistic” about another season. She also teased how that cliffhanger would alter Jen and Ben’s blossoming dynamics in a potential Season 3, given that 1.) she killed his brother and 2.) he hit her car and fled the scene. “We couldn’t resist the opportunity to even that playing field," Feldman said. "Circumstances needed to change if you ever wanted to see those two people in the same room again, basically. And it was definitely compelling to peel back another layer of Ben.”

Feldman also cautioned that another major cliffhanger — the call Ben receives that fans presumed to concern Steve’s body, prior to the hit-and-run — may not be what it seems. "It definitely seems that way, but things are never as they seem on this show,” Feldman told Bustle on May 8. “I think some of his demons have maybe caught up with him. He’s an incredibly nice guy, but everybody has a dark side."