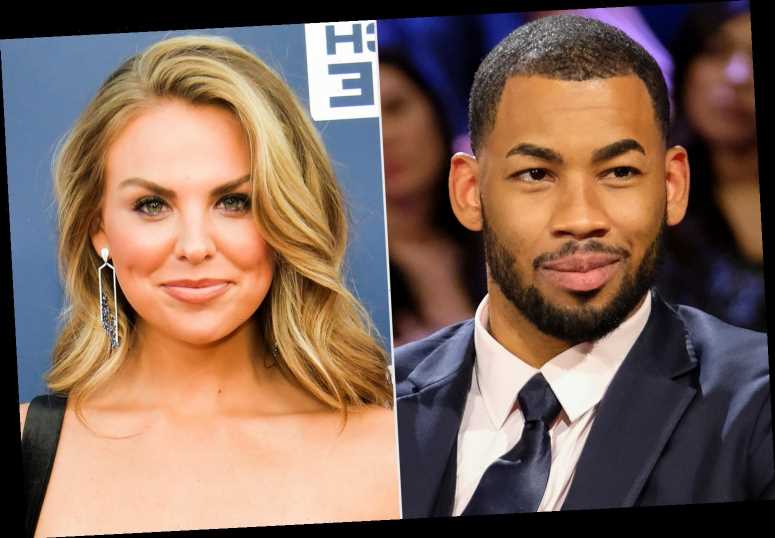 The Bachelorette's Mike Johnson says Hannah Brown's use of the N-word was "unacceptable."

Johnson, 32, is speaking out about Brown, 25, using the racial slur while rapping along to DaBaby's "Rockstar." He told TMZ, "Issues like this bring light to the bridge of pop culture and racism within our country."

Johnson said he would like to invite Brown "and everyone to a conversation, in hopes to educate everyone that this type of behavior needs to be changed and is unacceptable."

Johnson, who competed on Brown's season of The Bachelorette last year and was rumored to be a contender to become the first-ever black Bachelor, hopes the incident can be a teachable moment.

"My aim is that in this moment we don't divide, we come together, learn from this and create change for the better," Johnson told TMZ. Brown issued an apology for saying the racial slur on Sunday.

"I owe you all a major apology. There is no excuse and I will not justify what I said," she wrote on her Instagram Story.

"I have read your messages and seen the hurt I have caused," she continued. "I own it all. I am terribly sorry and know that whether in public or private, this language is unacceptable. I promise to do better."

The incident unfolded on Saturday night when Brown shared a video of her singing the lyrics on Instagram Live. Fans watching along caught the moment, confronting her in the comments.

"I did?" a seemingly surprised Brown initially said, according to clips from the Live captured by fan account Bachelor Tea Spill. "I'm so sorry … No, I was singing … I'm so sorry."

Tyler Cameron, who was also on Brown's season of The Bachelorette with Johnson, also spoke out.

"In these moments you have the opportunity to bury someone or lift them up," he wrote. "We need to lift HB up from this. She is learning and growing just like every single one of us. Love rids hate. Hate only makes more hate. Let's learn and lift each other up with love."

"This is not about dragging HB," he also said. "This is about using your platform for reasons like this. So we can educate those who don't get it. This is bigger than HB. This is a societal problem."