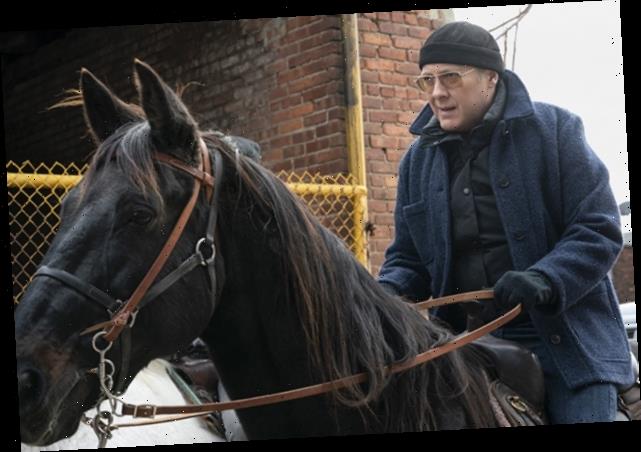 After a three-month hiatus, The Blacklist returned on Friday with an eventful hour for Raymond Reddington. But if you expected the show to check in with his ex-lover-turned-enemy Katarina Rostova, you were left hanging a little while longer.

In December’s midseason finale, Red witnessed Katarina’s murder at the hands of two anonymous men. But her death was a ruse, and when Katarina revealed to Liz that she’d faked her own demise (like mother, like daughter!), the women formed an alliance. Though Red is still in the dark about all of this, Friday’s episode made only a few fleeting mentions of Katarina, and she didn’t make an appearance in the hour, which focused on Red’s pursuit of an art forger.

“In Red’s mind, Katarina Rostova is dead. She’s gone, and so is the threat that she posed to Liz and the task force. Putting ourselves in his frame of mind, it felt like the right approach to come back with the show feeling a bit lighter and more fun,” series creator Jon Bokenkamp tells TVLine, when asked about the decision to make the spring premiere Katarina-free.

Bokenkamp says he realizes The Blacklist “can be a very dark show at times,” adding that Red and the home audience were both “ready for a much-needed break. He’s ready to have some fun. And when Red has fun, we all have fun.”

That’s not to say Katarina was completely ignored during the episode. In fact, early in the show’s return, Liz revealed to Ressler that her mother is actually alive, in an effort to curb Ressler’s guilt about his involvement with Katarina’s death. But Bokenkamp assures us that Liz won’t regret spilling the beans to her colleague — at least for the time being.

“There’s always the question of who knows what, but we’re playing fair with the audience that this is Liz and Ressler’s secret,” the EP clarifies. “She wanted to put his guilt to rest because she cares about him. So, does anyone else know? Let’s just say, not yet.”

And, as viewers will come to realize in upcoming episodes, Liz’s secret isn’t the only one that Ressler is keeping.

“One of the biggest secrets is being kept by Agent Ressler,” Bokenkamp teases. “We tend to think of Ressler as a very by-the-book agent — a real Boy Scout whose career is built upon integrity. But I think the audience is going to be really surprised when they peel back the curtain and take a peek into his past.”