'The Bold and the Beautiful': Official Details About the Show's Return With Pandemic Safety Protocols in Place

Since actor Don Diamont revealed that The Bold and the Beautiful was heading back into production after being suspended due to the coronavirus (COVID-19) pandemic, the show has made an official announcement. Through these official statements and a new interview with Bradley Bell, it has been explained how all of this will work and happen on set. 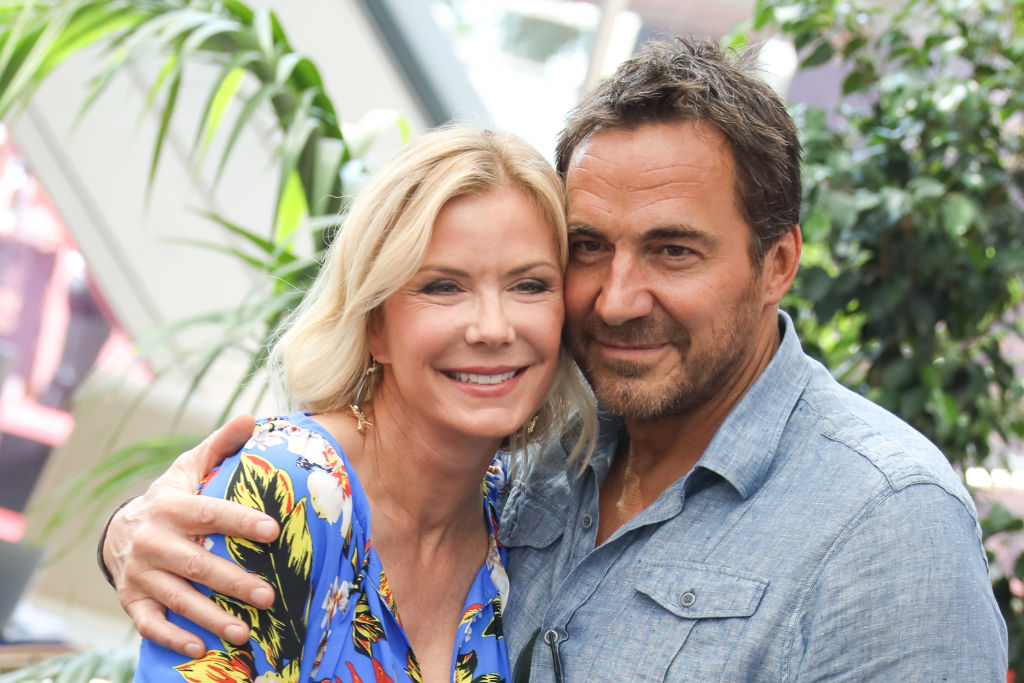 Don Diamont revealed the news on Instagram after initial May reports

It was first reported back in May that the show could likely end up back in production in June. After running out of daily episodes, The Bold and the Beautiful and its sister soap, The Young and the Restless, began airing rerun-themed weeks of classic episodes.

Don Diamont, who portrays Bill Spencer on the show, was the first to reveal that production on The Bold and the Beautiful was restarting. He made a post about it on Instagram.

He wrote for the caption, “HERE. WE. GO. Every bit of safety protocol imaginable is in place, and @boldandbeautifulcbs is back in production!!! 👏🏼👏🏼👏🏼 LET’S ROLL!!!”

Some of his co-stars commented, adding to the excitement and also confirming his post that the show was coming back. Cast member Katrina Bowden, who plays Flo Fulton, commented on his post and said, “Ayy! See you soon!”

HERE. WE. GO. Every bit of safety protocol imaginable is in place,and @boldandbeautifulcbs is back in production!!! 👏🏼👏🏼👏🏼 LET’S ROLL!!!

Everything we know about production resuming

After Diamont’s post, the show officially confirmed to multiple trade publications that it was heading back into production. The show has to follow protocols set by Los Angeles County, the City of Los Angeles, and Hackman County Partners, which is the owner of Television City. The show’s producers also settled on agreements with all of the guilds.

According to Deadline, all of the cast and crew members were tested for coronavirus on Wednesday. The cast members will also work less hours each day and they will have staggered call ties when arriving to the set. Additionally, there will be fewer members of the cast on set during call times.

The report also states that because of the limited amount of people that can be on set at once, the show’s scripts that had already been completed have been reworked to accommodate this. All cast and crew will also be mandated to wear masks unless they are a cast member who is filming a scene.

Outside of all of this, the soap opera will also have a “COVID-19 coordinator.” This person will be on set at all times to insure “that the production follows the safety guidelines.”

In an interview with The Hollywood Reporter the soap’s boss, Bradley Bell, spoke at length about everything that is taking place in order for the show to come back.

“We’ve been working with a group called Reel Health, and they provide great COVID response services. We’ve been looking to them to guide us through a safe path back to production….Actors will be tested at least once a week, maybe multiple times a week. All production personnel will be tested on Mondays, and we’ll be filming Tuesday through Friday,” he said.

More than most other shows, soap operas make use of intimate scenes almost every episode. On tackling these scenes that require actors to get close together, Bell said, “We’ll really rely on our directors to employ all techniques. [Actors will] shoot eight feet apart, following all the safety standards, but use the tricks of the business. We’ll shoot one side of the couple in a romantic scene alone in the room, but looking at a spot very close to them, and then shoot the other side alone. When we edit it together, it will look like they’re nose to nose.”

The Bold and the Beautiful airs weekdays on CBS.