The Chase: Anne Hegerty on 'changing' her Governess character

Anne, 62, plays up to the formidable and intimidating personality of The Governess on The Chase, taking down opponents one-by-one. The former I’m A Celebrity…Get Me Out Of Here! campmate is just one of six quizmasters who star on the programme and five of them now take part in ITV spin-off show, Beat The Chasers, where contestants get to see even more of the ruthless general knowledge gurus. However, it seems Anne’s character could have been a lot more terrifying than the one she portrays on-screen today.

Appearing on Wednesday’s edition of Loose Women, the quizmaster explained the input she had when creating her alter-ego.

Asked if it was “tough” to be The Governess, Anne said: “Originally, the character was going to be more sort of creepy.

“I remember saying I wanted her to be a cross between Caroline Aherne’s Mrs Merton and Daphne Fowler on EggHeads.

“I wanted everyone to think in terms of Dolores Umbridge and how the creepiest thing about her was those damn kittens.

“And then a friend of mine said that’s a bit too different from what I’m like and I wouldn’t be able to maintain that.” 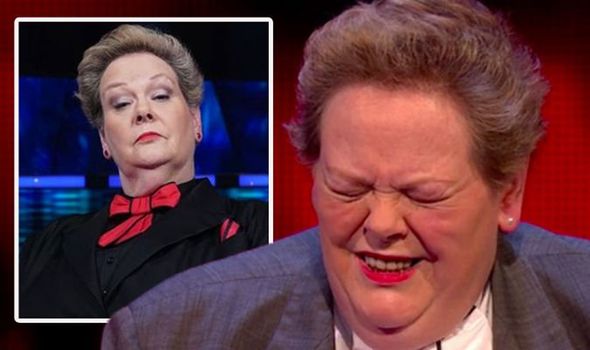 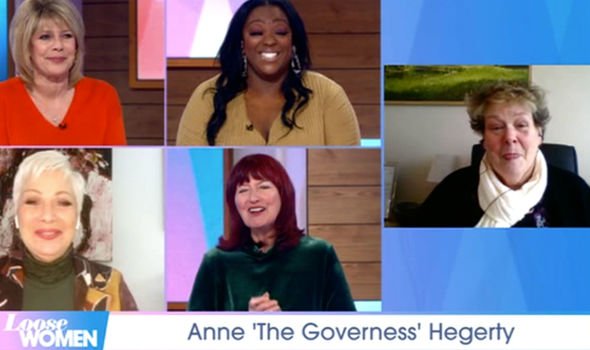 The Governess star continued: “So, I went and based her more on my grandmother who I did mention earlier and she was formidable.

“Also, one of my aunts and just this generically scary character [formed]. Americans have compared her to Professor McGonagall.

“I would rather be McGonagall than Umbridge any day,” Anne continued to explain as to why the original character changed.

With the second season of Beat The Chasers underway, The Governess star has also spoken out about working with her fellow quizmasters. 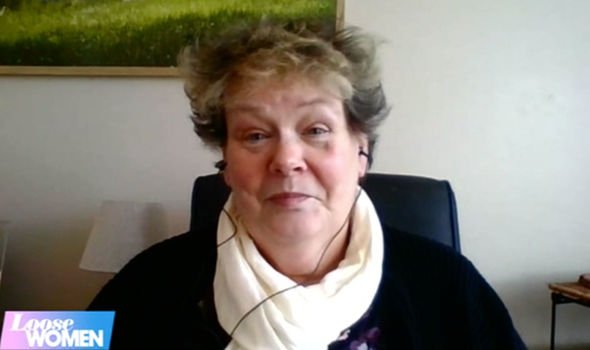 The character was going to be creepy

Discussing their tactics, Anne said: “We’ve become more used to working together as a team. We’re better at anticipating who is going to know things, when to buzz in and when to leave it.

“We understand each other’s style, better. I’m still very slow on the buzzer, that’s something that hasn’t changed.

“The experience of recording series one, it helped us understand, ‘OK, Anne takes about five years to get to the buzzer.’

“‘But if it’s a question that we don’t know and we know it’s the sort of thing she’ll know, let’s leave it, she may get it eventually.'”

“We hadn’t been in the habit of quizzing together as a team. And then this was an opportunity to do that,” Anne added.

“At the same time, if we caught everyone that would be a really boring show.

During Tuesday night’s instalment of the spin-off show, Anne came face-to-face with a player she had previously beaten on The Chase.

Business Analytics Manager Zeus was sent home from the quiz show 10 years ago empty-handed after crumbling in front of The Governess.

However, he was given the chance to challenge the 62-year-old on Beat The Chasers and it was a tense battle.

In the end, the player walked away with £25,000 after finally defeating The Governess and her fellow teammates.