The Chase: ‘You know what I mean’ Bradley Walsh stunned as Ruth Davidson avoids Brexit dig 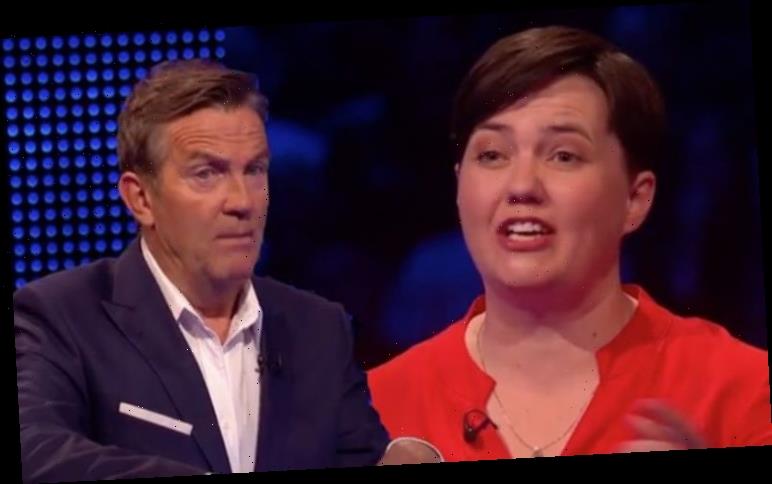 Playing alongside Ruth in tonight’s The Chase instalment are BBC Breakfast host Dan Walker, former The Only Way is Essex star Ferne McCann, and Level 42 lead singer Mark King, and while it may be a repeat from last September, former MSP spoke out about Brexit.

The fan-favourite quiz show will air this evening, with the four celebrities battling it out against The Chaser to win some money for various charities.

However, things are set to get interesting when host Bradley Walsh joked about being “in or out” with Ruth.

Trying hard to avoid the question, she replied: “Well hopefully we’ll get plenty of money in the bank.”

The host, not wanting the topic to be dodged, then told the politician: “Now you know what I mean…” 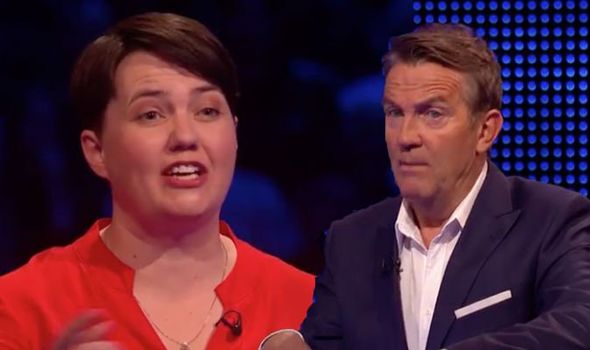 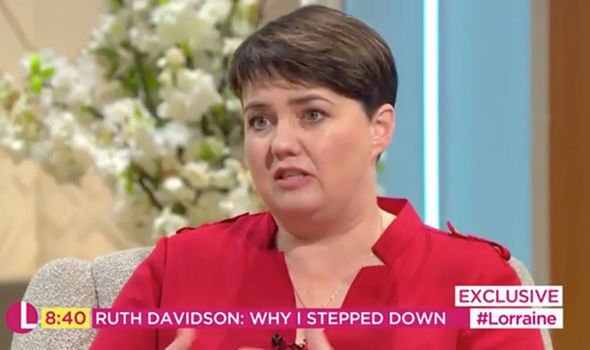 In typical Bradley style, he tried to make humour of the situation, telling Ruth he was “out”, before joking to her that he was “talking about the hokey cokey”.

“Yep, shake it all about,” she echoed.

It was a slightly awkward moment for the pair, as Ruth recently gave up her title as leader of the Scottish Conservative Party last month. 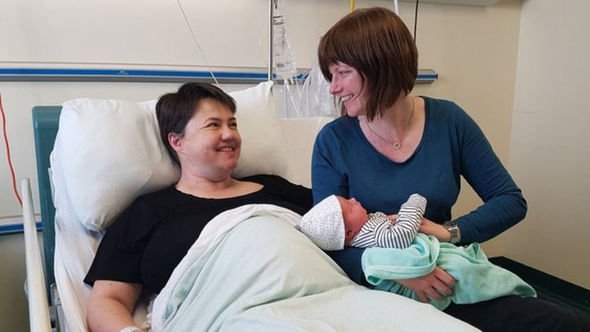 She appeared on ITV’s Lorraine last week in her first interview since stepping down from her role.

Ruth, who welcomed her first child with partner Jen Wilson, last year, wanted to spend more time with her young family, as she announced she was leaving the top job.

Talking candidly to the talk show host, she said: “I tried to explain to people and I think they understand, it’s not just about one thing. 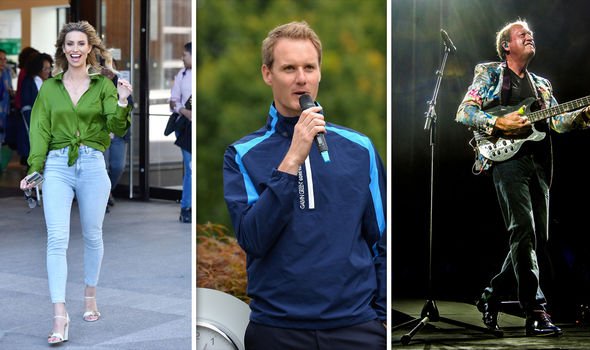 “So, part of it was the family and having my son and choosing to make different choices and I’ve often had to – often I’ve always put my work first and the job first and the role first.”

She also admitted that she was “hopelessly conflicted” on the issue of Brexit, and revealed: “I do support Brexit even if I didn’t want it to happen.”

Ruth also warned that it would be “dangerous” to ignore other opinions on the matter as Brexit continues to divide the nation, as well as parliament.

Viewers can see how Ruth, alongside Dan, Ferne and Mark, fare in tonight’s celebrity edition of the programme.

This week’s episodes of The Chase saw back-to-back wins, with one trio taking home a whopping £75,000.

As Chasers Jenny Ryan and Mark Labbett both suffered losses this week, she took to Twitter to speak about her “different approach” to losing, saying she’d: “rather be a good loser than a bad winner.”

Will the celebrities manage to take home the money for their chosen charities?

The Chase Celebrity Special airs tonight at 7.30pm on ITV.