The chosen and the frozen: Plibersek, Shorten benched during Labor’s campaign

Labor’s tight control on media appearances and daily messaging has left prominent frontbenchers including Tanya Plibersek and Bill Shorten effectively frozen out, creating growing frustration inside the party about restrictions on who is featured during the six-week election campaign.

A leaked internal memo sent by Labor’s campaign headquarters on the eve of the election revealed the party would only be releasing transcripts of media appearances for Labor leader Anthony Albanese and a select few shadow ministers. 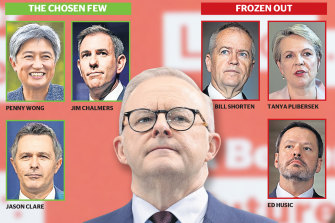 All interviews, including regular appearances across TV and radio, also had to be approved by campaign headquarters (CHQ).

Two and a half weeks into the campaign, an analysis of the transcripts and media alerts sent out by Labor’s CHQ reveals shadow ministers who are part of Albanese’s inner circle and leadership group are being heavily promoted and relied upon to deliver the campaign’s daily message.

Experienced frontbenchers including Plibersek, Shorten, Ed Husic, Clare O’Neil and even Brendan O’Connor have, in comparison, been largely side-lined. 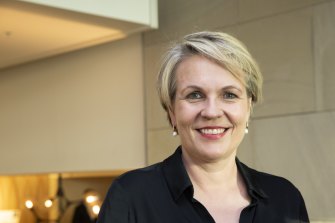 All of these MPs are part of the leadership group apart from Clare, who has a prominent role in the campaign as one of two spokespeople.

In comparison, Labor CHQ has sent out just one transcript of a Plibersek interview – on the first day of the campaign, when she delivered a strong defence of Albanese’s unemployment and cash rate gaffes.

A spokesman for Labor’s campaign declined to comment on why the media appearances of some frontbenchers had been given such prominence by campaign headquarters but not others.

In the leaked memo, Labor explained that sending out reams of transcripts in an election was “rarely a good use of your time or CHQ’s time” as they were unlikely to be read unless they were announcing key policies. 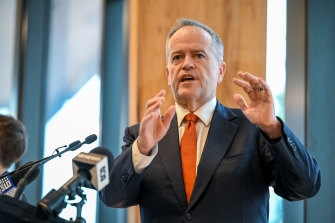 Plibersek’s absence stands out as surveys including the Resolve Political Monitor, conducted for The Sydney Morning Herald and The Age, show the education spokeswoman is consistently the most popular Labor politician in the country.

Plibersek’s social media shows she has blitzed Queensland seats including Longman, Ryan, Bowman, Brisbane, Bonner and Moreton and conducted at least four campaign launches and fundraisers for individual candidates in the Sunshine State and NSW.

She’s also kept up her five weekly high-profile appearances on The Project, Sky News, Radio National, Radio 4BC and Sunrise – plus additional appearances across the country – but none of these have been alerted or transcribed by CHQ. 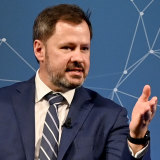 Shorten and Plibersek are not seen as close to Albanese but not even the absence of the leader with COVID has changed Labor’s strategy about not making more use of the former leader and deputy, who are both effective communicators.

Education, aged care, industry and the NDIS are, in particular, considered Labor strengths while defence and national security have been prominent issues during the campaign.

Shorten makes regular appearances on the Today Show and the ABC while Husic, O’Neil and O’Connor have also made multiple appearances and given numerous interviews in their home states and while campaigning interstate. But the events have not been alerted or transcribed, and fed back into the daily media cycle.

“In terms of triangulating messages, reassuring female voters that you are listening to greater calls for greater diversity the decision to sideline Plibersek and O’Neil, who should be a superstar, seems particularly poor,” she said.

As one Labor campaign veteran, who asked not to be named so they could discuss the strategy, said: “it might not seem like much but I can’t stress enough how obsessed all politicians are with transcripts”.

“It’s not just about frozen in or frozen out, they are shooting themselves in the foot. Why would they have such a petty attitude? Why would they want to stop Labor people speaking to certain constituencies?”

A Labor MP, who also asked not to be named so they could discuss campaign strategy, said: “NDIS and aged care have been big issues but Bill and Tanya are just not involved”.

“And when it’s so obvious that we need to win over women, why aren’t Tanya and Clare out there?”

A second Labor MP said the frozen-out five MPs had been “muzzled” by CHQ and that there was “growing anger and annoyance at how they are running things”.