An original Not Ready for Primetime Player is headed to Lanford, just in time for the holiday season. 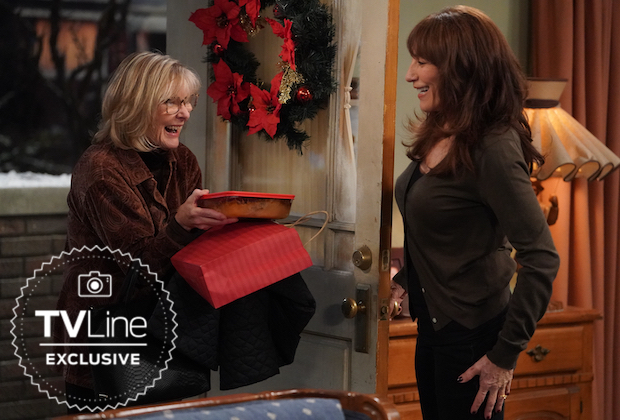 In the episode, titled “The Dog Days of Christmas” and airing Wednesday, Dec. 7 (ABC, 8/7c), “The holidays are approaching and Dan meets his mother-in-law for the first time,” according to the synopsis. “Elsewhere, Darlene helps Becky with a parenting problem.”

The holiday installment doubles as the sitcom’s fall finale, before it resumes its 22-episode fifth season on Wednesday, Jan. 11.

The Conners recently welcomed back Roseanne veteran Estelle Parsons as fan-favorite Bev. In the episode, Jackie discovered that her emotionally manipulative mother, who she’d cut off for two years, was deep in the throes of dementia.

As previously reported, an upcoming episode will feature the surprise return of an OG Roseanne character, marking their first appearance since early in the original series’ 1988-1997 run. Executive producer Bruce Helford recently let slip to TVLine that the character in question is a man. “And it’s not just a character,” he teased. “It’s the person who played the character.”

Have thoughts on Curtin’s casting? Excited to meet Dan’s new mother-in-law? Sound off in Comments..