The Good Doctor: Antonia Thomas Returning as Claire — For How Long?

After four years as surgical resident Dr. Browne, Thomas announced last June, just hours ahead of the Season 4 finale, that she would depart the ABC medical drama. “I think, ultimately, for me, it’s about coming to the point where I think we’ve really run the gamut of different things that Claire can have gone through,” Thomas told our sister site Deadline in June. “I’m now really excited to explore different creative opportunities.” 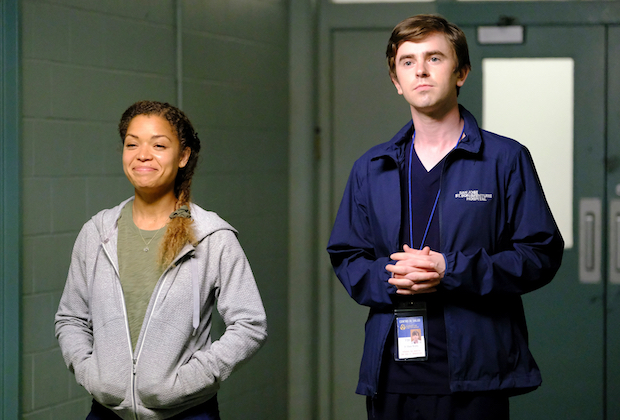 Despite her early departure, Thomas said she was open to reprising her role in future seasons. “Really for me, if there was more time in the year to be able to shoot the show and to be able to go off and do some of the other things that I’m wanting to explore now, I’d do both,” she explained. “It has not been an easy decision for me to leave, so I absolutely would love to come back every now and then and say hi… I’m very much looking forward to that.”

Likewise, executive producer David Shore told TVLine that “we would love to find places to bring her back. She’s such a part of this world, and will always be a part of this world, so it will be lovely to see [Claire] — for her to bring a story to us, or just to come in for the highlights of peoples’ lives.”

In the Season 4 finale, Claire accepted a position at the rural hospital in Guatemala where the St. Bonaventure team had just completed a life-changing mission. After she exchanged goodbyes with Shaun et al., Dr. Browne scrubbed in for her first procedure as lead surgeon. You can watch Thomas’ previous farewell to the cast and crew below:

Are you excited to see Claire again? Hit the comments with your reactions to Thomas’ imminent return.