Australian readers found a surprising source of solace during the pandemic, with novels that thrilled making up almost half of the 20 most borrowed books in the past year – and Jane Harper’s latest The Survivors topping the list.

The Australian writer’s The Lost Man also came in at number five on the Civica Libraries Index, which is released by the Australian Library and Information Association (ALIA) and is based on 34 million loans across more than 100 libraries in Australia and New Zealand. 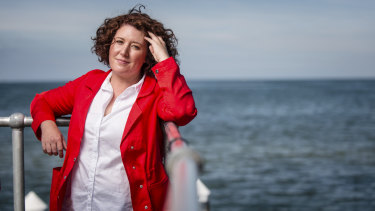 Jane Harper’s The Survivors was the most popular book at Australian and New Zealand libraries in 2020. Credit:Eugene Hyland

ALIA’s chief executive Sue McKerracher said the dominance of the genres could be indicative of readers “wanting to escape from the reality of lockdown and the coronavirus pandemic”.

“According to psychologists, it’s a risk-free way of getting our heart racing and our adrenaline pumping without having to go through a dangerous situation ourselves,” Ms McKerracher said.

One of the country’s most successful new authors, Trent Dalton, had two in the top 20, with his 2018 debut Boy Swallows Universe coming in at number 13 and his second novel All Our Shimmering Skies at 19. Author and painter Anh Do had the most of any author in the top 20, with three children’s books.

“When you read a book you want to see yourself in that book. People are now seeking our their own landscape and their own sense of self,” Ms McKerracher said. 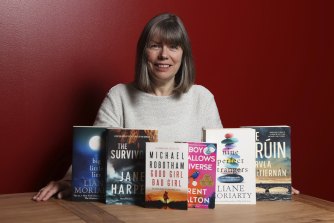 Few writers are able to survive off their books alone, with $2800 the median income for Australian authors, according to a report from Macquarie University’s Business School.

“Most authors lost the bulk of their revenue streams last year during the pandemic. There were no book signings, appearances, or places to give speeches at,” Ms McKerracher said. “It could not be more important to support authors with book sales now.”

The index also revealed Australian readers are swapping physical books for e-books. Libraries ACT, which has two million visitors to its nine branches annually, saw a 35 per cent increase in e-books and audio loans, while Yarra Plenty Regional Library in Melbourne saw a combined audio and e-book increase of 45 per cent.

Ms McKerracher said while library users were borrowing fewer books, there had been an increase in people looking to access the internet and attend story-time sessions.

“There’s a misconception that e-book sales skyrocketing means it’s cheaper for libraries to function. E-book sales mean that people want to consume a book in multiple different formats, not that they’re exclusively consuming a book in a digital form. Borrowing will always be at the centre of what we do.”