‘The Masked Singer’ Recap: The Taco’s Identity Is Revealed 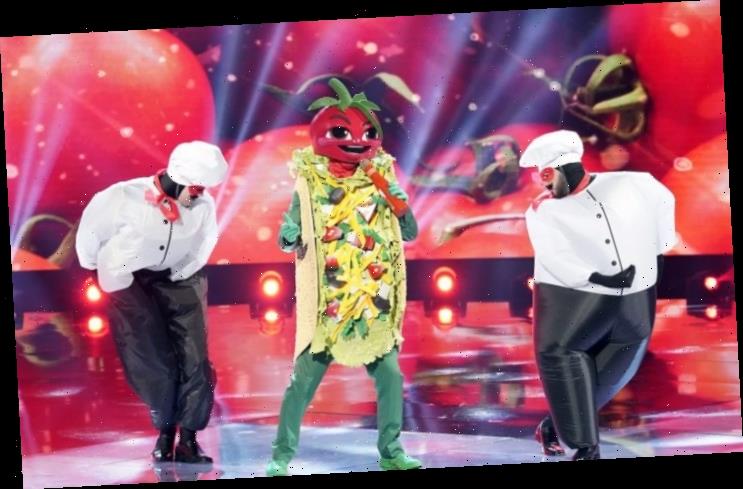 The new episode of the FOX singing competition show features the four remaining singers from Group B taking the stage to flaunt their skills, though only 3 of them head to the Super 9.

AceShowbiz -In the Wednesday, March 4 episode of “The Masked Singer” season 3, the four remaining singers from Group B were taking the stage to flaunt their skills. However, only 3 of them headed to the Super 9.

The night kicked off with a performance by the Kitty, who sang Miranda Lambert‘s “Mama’s Broken Heart”. As a hint, she gave her friendship bracelet, which said “fireworks,” to judge Robin Thicke. She explained that was because the “first time we met was lit.” The judges guessed that Kitty might be Christina Ricci, Kristen Bell and Haylie Duff.

The next performer was the Taco, who liked to help “people when they get down.” He offered a performance of “Can’t Help Myself” by The Four Tops. His friendship bracelet was for Nicole Scherzinger and it said “kiss.” The guesses included Barry Manilow, Howie Mandel and Jerry Springer.

Meanwhile, the Banana redeemed himself with performance of Bill Withers‘ “Lean on Me” after forgetting the lyrics during his performance last week. He gave his friendship bracelet, which read “nineties,” to Jenny McCarthy, explaining that they got the chance to hang as friends back then. Among those whose names were thrown in the mix for guesses were Michael Andretti, Brad Paisley and Johnny Knoxville.

Concluding the episode was the Frog, who hit the stage to perform The Gap Band‘s “You Dropped a Bomb on Me”. He gave his friendship bracelet, which said “all we do is win,” for “friend” T-Pain. T-Pain guessed the Frog was Ludacris, while other panelists thought he could be either Tommy Davidson or Omarion.

Eventually, it was revealed that Kitty, Banana and the Frog were all heading to the Super 9. That meant the singer who was sent home that night was the Taco. For the final guesses, Nicole and Jenny still believed that the Taco was Barry Manilow and Jerry Springer, respectively. Meanwhile, Ken Jeong and Robin guessed Martin Short with T-Pain naming Kelsey Grammer.

None of them got it correctly because Taco was actually “Dancing with the Stars” host Tom Bergeron.