‘The Matrix’ To Be Released For The First Time In Imax

Warner Bros. will be showing off Village Roadshow’s The Matrix for the first time in Imax on Dec. 7 & 8 in select markets in the U.S.

All of this is a primer leading up to The Matrix Resurrections which is opening on Dec. 22. 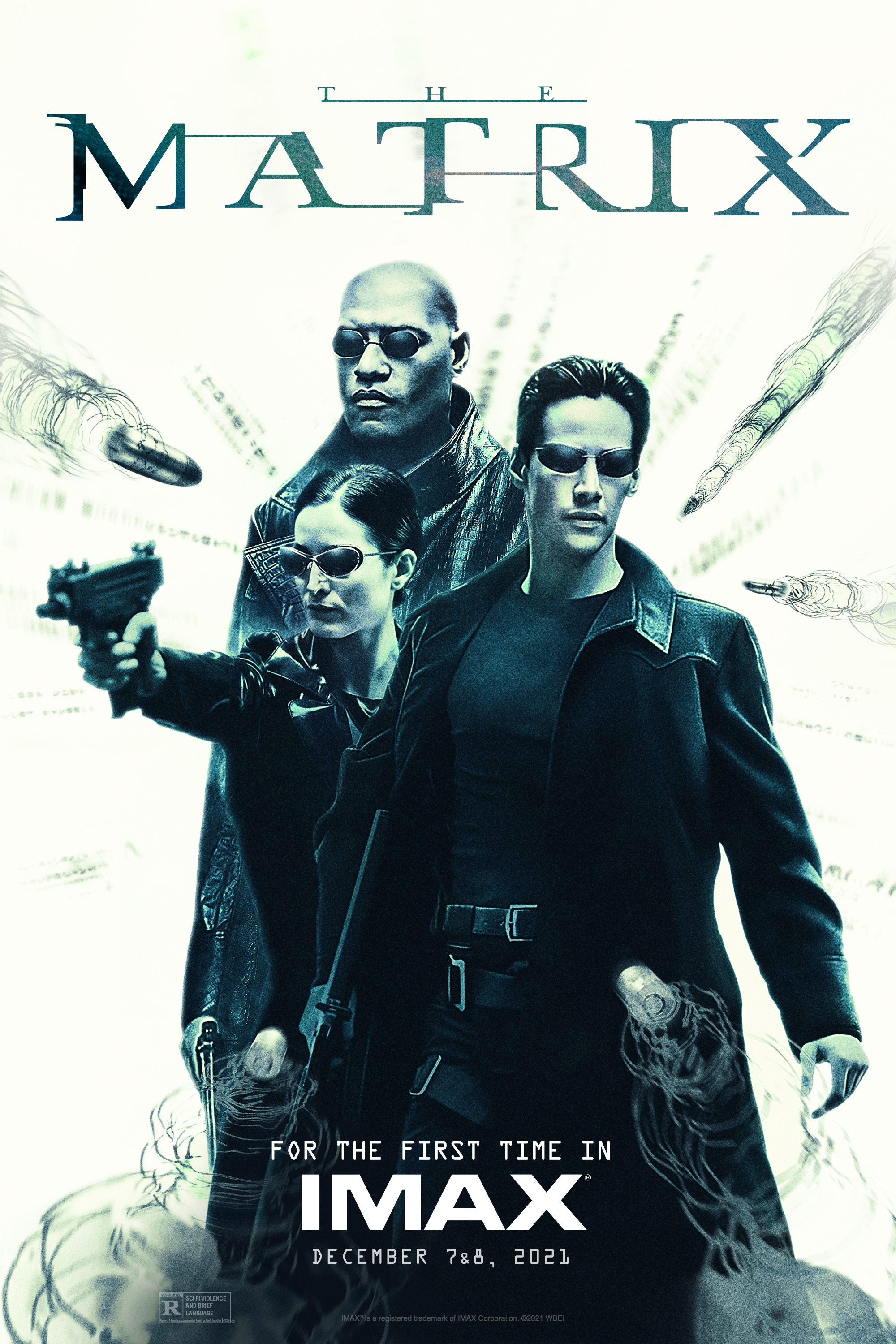 The Keanu Reeves-Laurence Fishburne-Carrie-Anne Moss sci-fi action movie from the Wachowskis was a surprise hit when it was released in late March 1999, opening to $27.7M and yielded a $171.5M domestic, $466.3M WW gross. The filmmakers broke ground using the “bullet-time” visual style which wowed many. In addition, as the world was embracing the internet at the time, The Matrix tapped into and played on the virtual realities we now consume much of our time with, business and lifestyle wise.

“With excitement building around The Matrix Resurrections, this is the perfect time to experience the film that started it all in a way it’s never been seen before,” said Megan Colligan, President of IMAX Entertainment in a statement. “The Matrix forever changed the visual language of epic filmmaking and we’re very excited for fans everywhere to be able to enjoy this groundbreaking film for the first time in Imax.”

“The Matrix kicked off a truly singular film franchise that has continued to entertain audiences and influence the industry since 1999,” added Jeff Goldstein, President, Warner Bros. Pictures Domestic Distribution. “We’re thrilled to partner with Imax on another first for the fans who’ve waited more than 20 years to see The Matrix in this format, and for moviegoers who will discover this incredible ongoing story for the first time, just in time for The Matrix Resurrections to hit theaters for the holidays.”

In the original 1999 movie, Neo (Reeves) believes that Morpheus (Fishburne), an elusive figure considered to be the most dangerous man alive, can answer his question — What is the Matrix? Neo is contacted by Trinity (Moss), a beautiful stranger who leads him into an underworld where he meets Morpheus. They fight a brutal battle for their lives against a cadre of viciously intelligent secret agents. It is a truth that could cost Neo something more precious than his life.

The pic was a Warner Bros-Village Roadshow production with Groucho II Film Partnership and Silver Pictures. Hugo Weaving and Joe Pantoliano also starred in the pic which was produced by Joel Silver. EPs were Barrie Osborne, Andrew Mason, The Wachowskis, Erwin Stoff and Bruce Berman.