Those are some fighting words! The Miz spoke to HollywoodLife ahead of WrestleMania, where he will square off against Grammy Award winning artist Bad Bunny!

WrestleMania is back — with a live audience — this April 10th and 11th, for two days of rambunctious match-ups and highly-anticipated brawls. One of the main events is two-time Grand Slam champion The Miz versus Grammy Award winning artist Bad Bunny. Bad Bunny will make his in-ring debut against one of the best in the business on Night 1 at 8 PM ET. On the HollywoodLife Podcast, Michael ‘The Miz’ Mizanin revealed his thoughts ahead of the rumble.

“There is no denying the fact that Bad Bunny is a huge megastar in the music world. I mean, he won a Grammy. He was an SNL musical guest. Not only that, but he was with Shakira and J.Lo when they were doing the Super Bowl, like he was involved in that performance. That’s how big of a celebrity he is,” Miz explained. “But when you come into my realm, which is WWE, and when you come into our biggest event, which is WrestleMania, and you’re staring at me, who is a two time Grand Slam champion, the only two time Grand Slam champion the history of the company, you’re gonna have a problem. And I’m going to teach him the way of the ropes in WWE.” 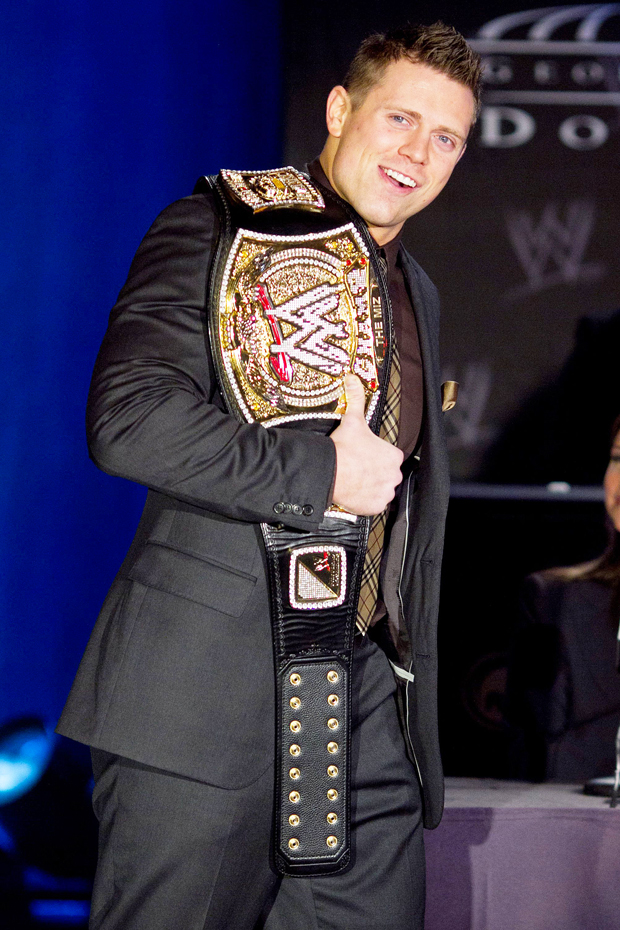 The Miz continued, “Let’s just hope that his fans don’t hate me after I’m done with him.” Oh, baby! We got ourselves a fight. He teased that the whole WrestleMania weekend is “jam packed” with incredible match ups and surprises. “I’ve been training since January. We do three days of cardio and four days a weight training. And then we also make sure our diet is on point, so we’re at peak performance for WrestleMania,” he explained.

The Miz’s wife, former WWE star Maryse Mizanin, added that her hubby will definitely be showing Bad Bunny “the ropes” during their rumble. “I really did not like that he cheap shotted Mike!” she said in the podcast, referring to the musical artist punching The Miz during their press conference. As for her, she admitted she’d “never say never” to getting back in the ring herself.