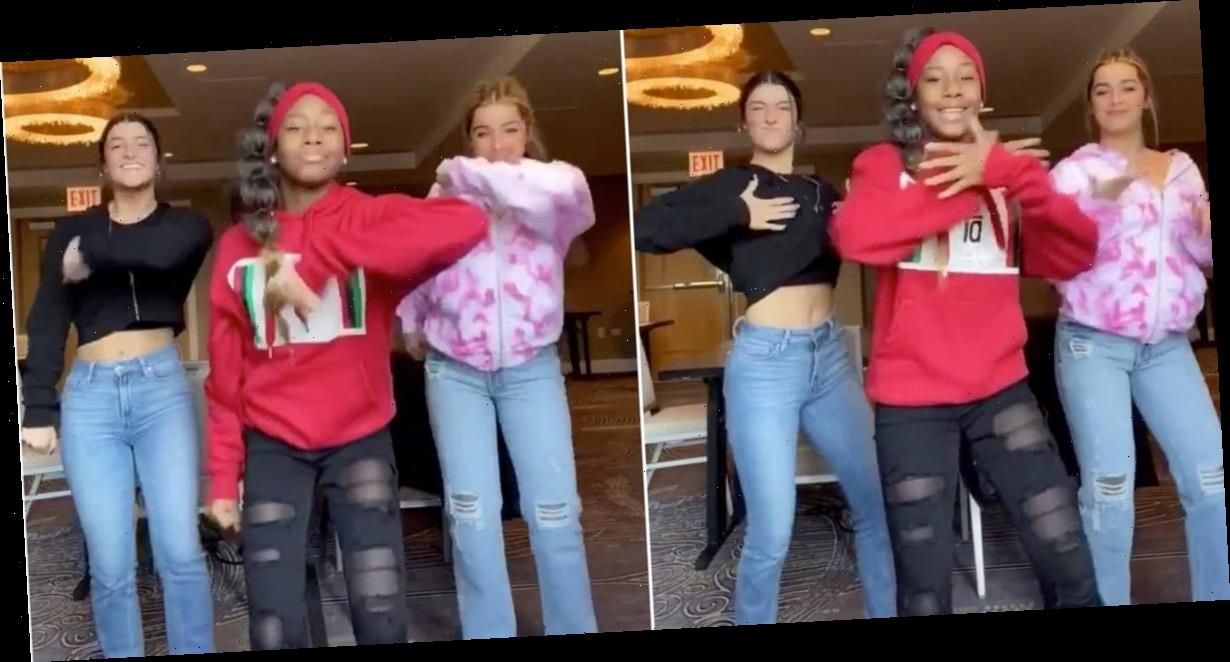 With 27.5 million followers on TikTok and a coveted spot in the Los Angeles influencer mansion called the Hype House, Charli D'Amelio has solidified her place as one of the most famous teens on the Internet. The 15-year-old dancer from Norwalk, Connecticut, is best known for performing viral dances — most notably, "The Renegade" dance to "Lottery" by Atlanta rapper K-Camp.

The iconic choreography that propelled D'Amelio's viral fame, however, is the work of 14-year-old Jalaiah Harmon. As The New York Times reported in a recent feature, the Fayetteville, Georgia, teen choreographed the now-world famous dance with her friend Kaliyah Davis and posted it to Funimate and Instagram in September of 2019. In October, a TikTok user adapted Harmon's moves and posted a video to the platform, where it took off immediately. D'Amelio and other TikTok influencers quickly followed suit, posting videos of themselves performing the dance. Meanwhile, Harmon received no credit for the viral trend.

"I was happy when I saw my dance all over," Harmon told The New York Times. "But I wanted credit for it."

Since Harmon has been revealed as the viral dance's creator, people on Twitter are calling for her to receive the same credit and viral fame of the TikTok stars profitting from her work.

"Thank you for taking the time to highlight Jalaiah Harmon and the dance that she created with has been co-opted by the masses," Oscar-winner Matthew A. Cherry tweeted in response to the Times' feature. "We see you Jalaiah."

On February 14, K-Camp tweeted a video of himself with Harmon and her friend, Skylar, performing the dance to "Lottery."

"Thank you Jalaiah and Skylar for helping make lottery the BIGGEST song in the world," he wrote. "Tell the blogs eat it up!"

D'Amelio has since addressed her massive following to credit Harmon with the "Renegade" choreography. On February 16, the two met up with TikTok star Addison Easterling to perform "The Renegade" in a TikTok video uploaded to D'Amelio's account.

"guys i would like to introduce you to @_.xoxlaii i am so happy that she was able to teach me the original choreography that she made," D'Amelio captioned the clip. "she is the best!"

guys i would like to introduce you to _.xoxlaii i am so happy that she was able to teach me the original choreography that she made she is the best!

To date, the clip has received over 4 million likes.

The D'Amelio-Easterling collaboration was only one part of a busy weekend for Harmon, who performed her viral dance in front of thousands at the NBA All-Star Game in Chicago's United Center.

In a video posted to the official NBA Twitter, Harmon showed off her iconic choreography.

Harmon posted a video of the event to Instagram, receiving almost 430,000 views.