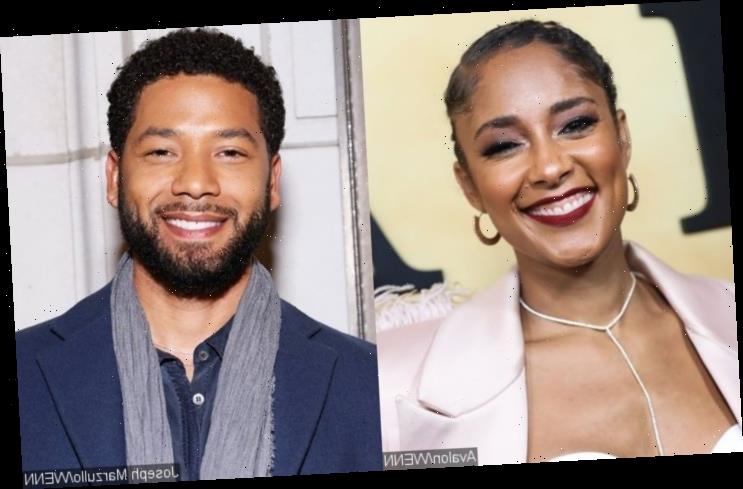 Dubbing the crime as a victimless one, the TV host compares it to Emmett Till, a black teenager who was lynched in 1955 after being falsely accused of making an offensive remark to a white woman.

AceShowbiz -“The Real” co-host Amanda Seales apparently thinks that Jussie Smollett‘s fake a hate-crime attack last year is not an entirely a bad thing. During the Wednesday, February 12 episode of the talk show, Amanda offered a surprising defense of the disgraced “Empire” star.

“Even if it was a hoax for the sake of the bringing attention to this, then I’m like, that’s low-key noble,” the host said of TV star, who made headlines after faking hate crimes against African-Americans.

“Like, I’m just at my wits end about us centering situations like this and wanting to make people have to pay,” she added, referencing the case of Emmett Till, a black teenager who was lynched in 1955 after being falsely accused of making an offensive remark to a white woman. “Like, Emmett Till’s accuser was alive — I think she’s still alive.”

“This young man died, and she announced that she was lying about it — they should have put the shackles on her that day! And she’s walking around!” she argued.

Amanda then said it was different from Jussie’s case which she deemed was a victimless crime. “So, no one was hurt in this situation, nobody — you know what they’re mad about? Their time. Their resources being used,” she explained. “Taxpayers resources are being used every day to imprison people who have done nothing but be an addict. So I don’t want to hear about Jussie Smollett.”

Co-host Adrienne Houghton then chimed in, “Okay, but what do we do about people that feel that, ‘Well, what if a hate crime really happens to me, and now because of what Jussie Smollett did, now they don’t believe me.’ If this one instance is what makes them not believe you, baby, that’s a lie that they’re telling ourselves. We have lived in a nation where they don’t believe hate crimes every day. Every single day.”