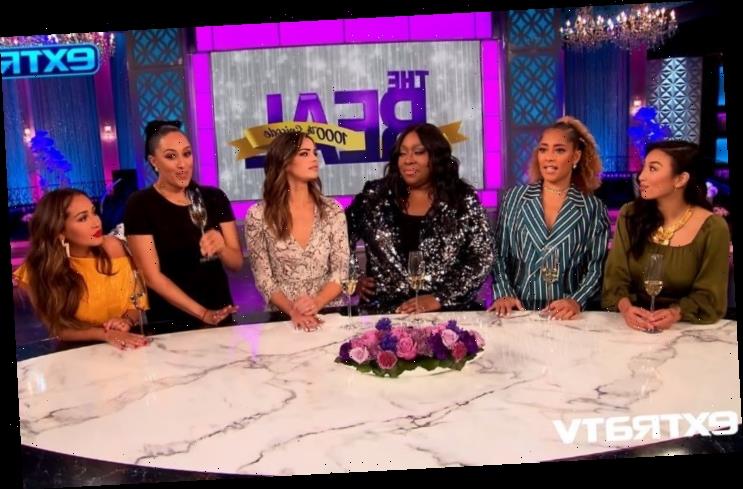 That is not the only time that Jenn Lahmers appears to piss Seales off in an interview with other ‘The Real’ co-hosts as she calls her ‘newbie’ while talking about the daytime talk show hitting its 1000th episode.

AceShowbiz -“The Real” co-hosts were celebrating for the show’s 1000th episode and stopped by “Extra TV” for an interview with Jenn Lahmers. As they talked about the exciting milestone that the daytime talk show hit, things went well during the interview. However, that changed after Lashmers brought the topic of alleged tense between Amanda Seales and fellow co-host Jeannie Mai up to the discussion.

At one point, Lashmers pointed out to Seales, “You and Jeannie have butted heads on a couple of topics…,” before Seales quickly cut her off . “Have we? Stop… No because you know what…” Seales snapped.

“It comes with the territory, right?” Lashmers continued to ask, to which Seales responded, “That’s not the territory we’re coming from. We’re not butting heads. And I think it’s very, very important, especially at a table of diverse women….” Mai agreed and encouraged Seales to continue explaining, saying, “Say it.”

“…to very clearly delineate the difference between having a difference of opinion than butting heads. You’ll know when I’m butting heads because when I butt heads, there’s only going to be one head standing and as you can see, we’re still here,” seales added. Seales and Mai then quietly toasted one another.

That was not the only time that Lashmers appeared to piss Seales off. Earlier in the interview, Lashmers said, “1,000 episodes. Does it feel like it’s six seasons, already?..I mean not for you because you’re a newbie.” Seales looked at the camera and deadpanned, “But I been in this game for a long time.” Co-host Loni Love could also be seen assuring Seales by holding Seales’ hands and giving her a nod of approval.