The Repair Shop saw siblings Steve and Paula bring in their mother’s old unicycle to be repaired by expert Tim Gunn. They revealed that she along with their father and grandparents were part of a performance act. They wanted Tim to be able to restore it back to how it originally looked for the sake of their family’s memories. Tim was left stunned when he admitted to Jay Blades that he had never fixed one before.

Paula explained to Tim and Jay: “Our parents had a variety act back in the 1940s and ’50s with my grandparents and they were quite well known.

“They did some Royal Variety Shows and performed at the palladium a number of times.”

Steve added: “The act actually began as a rope spinning act, with my grandparents, then my father came along with a unicycle and entered the act.

“Then he married my mother, and mum joined the act and this was her bike.” 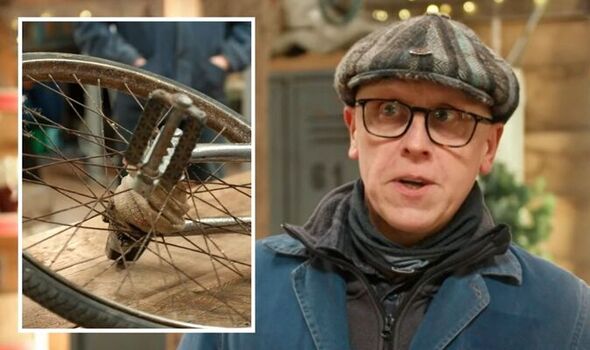 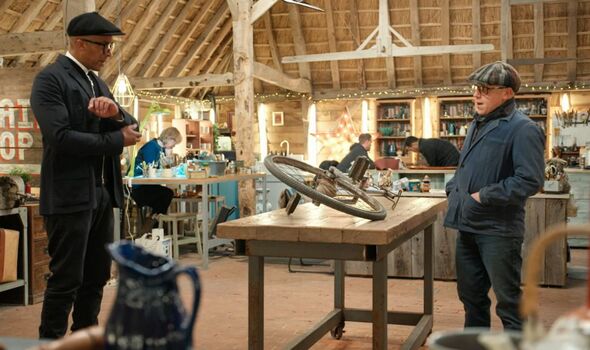 Jay clarified: “So this belongs to mum then really, what are mum and dad’s names?”

“Peter and Dorothy,” Steve confirmed as Jay continued: “What did your mum actually do on the unicycle, just ride it around?”

Steve explained: “Well she had to learn to ride a unicycle, to spin a rope also, (and) do all the other things whilst on the unicycle.

“When I was a little bit, I used to be by the stage so often my mother used to take me up to the wardrobe mistress in the London Palladium. 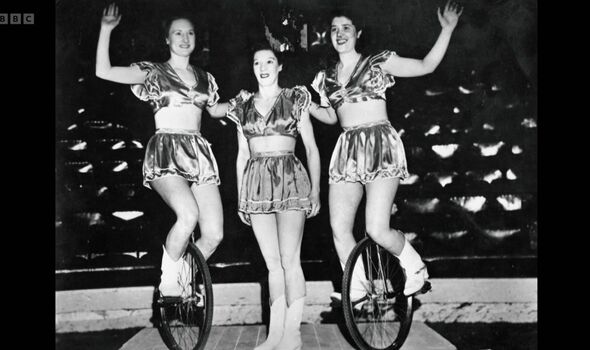 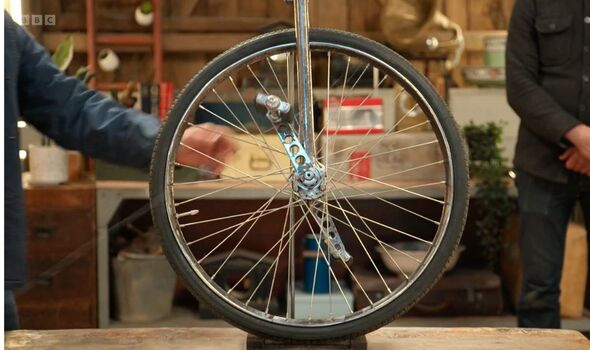 “She would just wet my hands and dip my hands into sequins, and then my mother would clear off and do her 10 minutes on stage whilst I was going, ‘Wow!’

“Dad died in 2017, but mum is still around, she is 93. These were all chromed,” he added as he began to point out what the original used to look like.

Paula added: “With a lovely brown, narrow saddle because obviously when you were riding it you have got to be able to move about.

“It has been upsetting me to know that it has got in such a bad way, I think it is really important that the future generations of our family know what happened.

“So it is family history and it will mean a lot to all of us.”

After working on the unicycle trying to get it back in perfect condition for their family, it was finally time for Steve and Paula to return to the barn.

Paula added: “It’s so lovely, it’s not absolutely perfect and re-chromed, it has got that ageing and history of it, and the saddle it absolutely beautiful.

“I have just got a vision of mum in her lovely costumes, little skirts and boots they had.”

Steve told Tim and Dominic Chinea: “We will take it and show it to her and she will love it, as will the rest of the family.”

Before they left, Dom revealed: “I just want to see one of you ride it.”

Excited to see how it felt, Steve volunteered: “I’ll have a go, I will do my best.”

As he rode from one end of the barn to the other, Paula was delighted to see how it worked and cheered: “Yay you did it! Well done! It is such a lot of history and a symbol of their life.”

Steve added: “Riding mum’s unicycle was wonderful, it was the one she learnt on, the one she performed on all those years ago, it was something very special.”

The Repair Shop airs Wednesday from 8pm on BBC One.