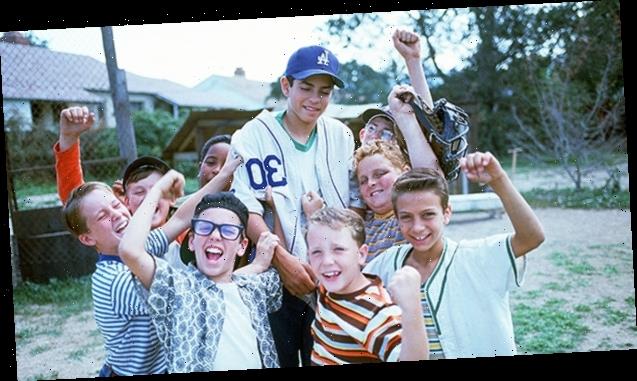 ‘The Sandlot’ director David Mickey Evans broke big news: he ‘just finished’ the sequel to ‘The Sandlot’! He teased even more details about the reboot TV series in a recently resurfaced interview.

Television just hit a home run, because it’ll be receiving a reboot series of The Sandlot! The 1994 film’s director, David Mickey Evans, broke the happy news during an interview on The Rain Delay podcast in Feb. 2019, but the interview recently made its rounds throughout the Internet again. “I just finished The Sandlot sequel,” David announced on the podcast episode. “I just sold a Sandlot television show. We’re about to get an order for [the] first two seasons.”

David couldn’t yet disclose what platform the reboot will be available on. “I can’t tell you who is going to stream it. But, I know who’s going to stream it…It doesn’t take a genius to figure that out right now,” the director teased. The consensus across the Internet is that the reboot will most likely premiere on Disney+, given that the new streaming service will soon become a mecca of reboots for beloved movies and TV series like The Mighty Ducks, Home Alone and Cruella. For a hot second, Lizzie McGuire almost joined that lineup!

While David couldn’t dish too many details, he did reveal that he “got all the original cast members back.” It won’t be the summer of 1962 anymore, though; the reboot “takes place in 1984 when they are all like 33-years-old and they all have children of their own,” David revealed!

Two direct-to-video sequels were released after The Sandlot. One of them, 2007’s The Sandlot: Heading Home, starred the late Luke Perry.