For their narrative debut, documentary filmmakers Alessio Rigo de Righi and Matteo Zoppis (“Il Solengo,” their 2015 nonfiction film about a hermit living outside of Rome) tackle a two-pronged film whose two halves share visions of one another, as well as a few familiar faces, but only ever-so-gently collide across disparate worlds. “The Tale of King Crab” divides its time between 19th-century rural Italy and the coast of the southernmost tip of Argentina. Part Herzogian ecstatic ethnography given the verisimilitude at play in the film’s naturalistic settings, and part Pasolinian picaresque in its portrayal of a louche, sotted antihero tumbling through folly upon folly, “The Tale of King Crab” is an engrossing, if slight riff on 1970s foreign arthouse classics — though not quite as spellbinding as its forebears, despite a bifurcated structure that makes for two occasionally tantalizing films in one.

At its core, the film is about the feint of storytelling itself, a well-worn topic that can make for a frustrating viewing experience when the directors are trying to go too deep inside their own heads. There’s a framing device that sets up the notion that what we are about to see should be taken in quotation marks, as a group of eldery Italian hunters descends upon a pub to swap folktales.

First up is “The Saint Orsio’s Misdeed,” which follows the misadventures of the raffish local drunk Luciano (Gabriele Silli, whose wiry, Rasputin beard keeps us from discerning quite how old he might be), a village outcast in late 19th-century rural Italy outside Rome. Luciano is a decadent alcoholic, falling down drunk at local watering holes or stripping naked for all to see in a literal watering hole where he’s gone to bathe. He rankles a local aristocrat after refusing to lock the prince’s gates, which provide access for the shepherds to the man’s property. 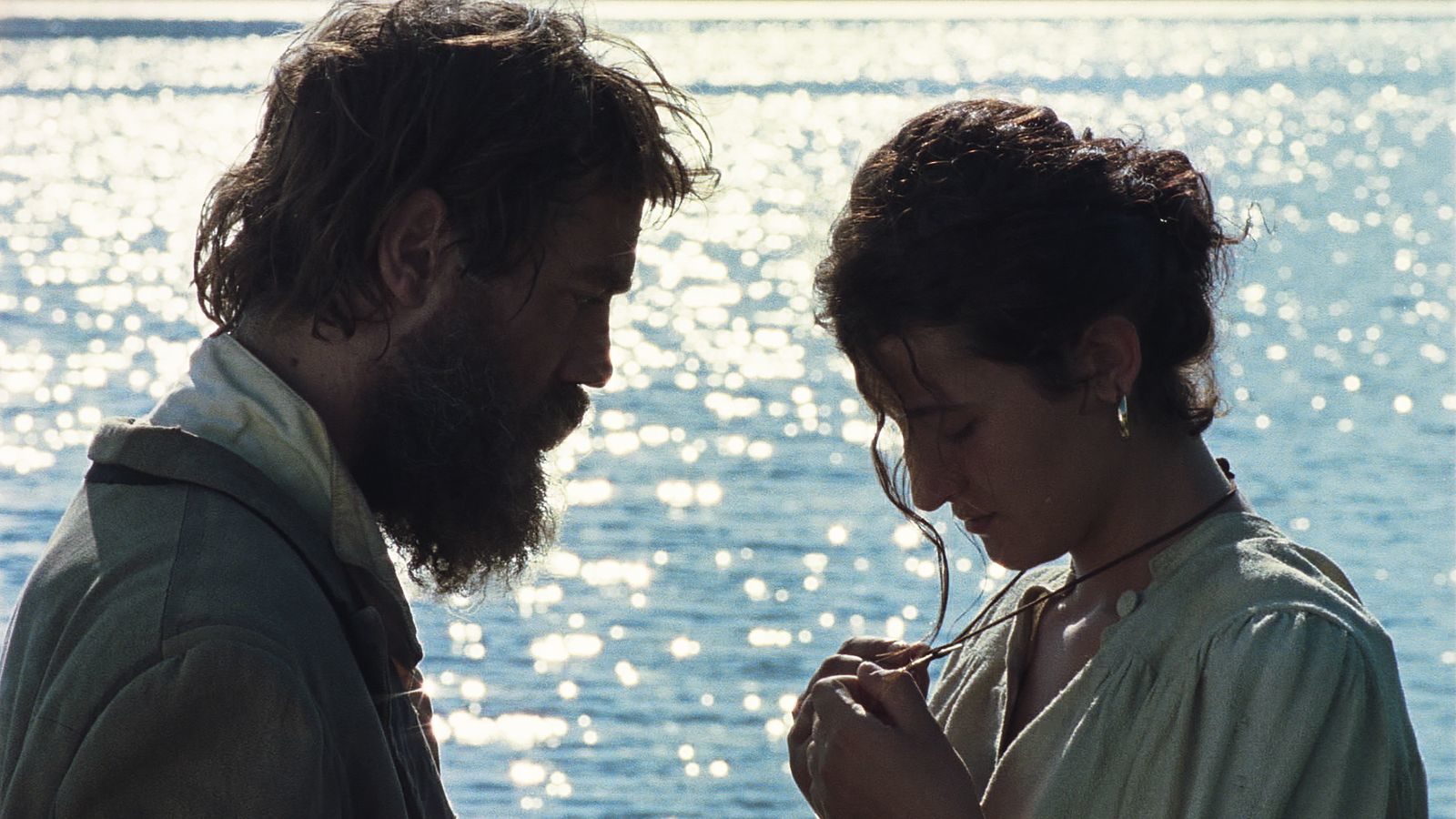 “The Tale of King Crab”

Things don’t end well for Luciano in this first half and, after an interlude hosted by the increasingly drunker elder Italians who serve almost as a Greek chorus for the films, we segue into part two, “The Asshole of the World.” That chapter title could refer to the film’s protagonist, here again Luciano though in a slightly different incarnation, but it’s also clearly tipping toward the Argentine region it sets its sights on: specifically Tierra del Fuego, located at the tippy-tip bottom of Argentina.

Cinematographer Simone D’Arcangelo (a digital imaging technician on several very recent Woody Allen films including “Rifkin’s Festival” and “A Rainy Day in New York”) captures the region almost as an alien landscape, abutted by craggy oceanside but also variegated with rocks that flash obsidian glimmer, and strange creatures that decorate the landscape.

That includes the brilliantly red king crab of the film’s title. This sagacious crustacean is literally the stuff of lore, as it’s said among locals that, when used as a compass, the crab can lead you to buried treasure in the water. In this section, Luciano impersonates a priest in his quest for mythic gold, his sole companions a group of shady sailors and the crab of the film’s title, kept in a wooden bucket filled with water. Further misadventures ensue that find Luciano, now four days starved, in a suspenseful shootout against the rocks that turns up a handful of mortally wounded souls.

Italian artist Gabriele Silli makes an impactful, mostly wordless screen debut as Luciano, whose pained eyes belie wells of sadness the movie never really plumbs beyond the surface. But whether drunkenly blinded by love or emaciated in search of buried treasure, he cuts a photogenic figure against the film’s celluloid-shot pastoral landscapes. Meanwhile, the costumes by “Martin Eden” designer Andrea Cavalletto suggest a deep reverence for period detail.

“The Tale of King Crab” doesn’t always emanate the mythic power its two tales set out for, and that’s mainly due to the framing device of the drunken hunters interjecting, constantly reminding us that the far-flung migrant story we’re watching is a fiction. Rigo de Righi and Zoppis’ film is most interesting when it takes down those barriers and foregrounds the elemental tales at its essence, and whose vérité vibes and fascination with oral tradition are visibly inspired by their own documentary work.

“The Tale of King Crab” premiered at Cannes Directors’ Fortnight before screening in the U.S. at the New York Film Festival. Oscilloscope Pictures will release the film at a later date.