Ayesha Faines, a journalist best known for her work on The Grapevine TV, has died at the age of 35. According to People, Faines died “from unknown causes” on July 2.

In addition to her work on The Grapevine TV, Faines was a columnist for ZORA and had worked as an on-air reporter for various local news stations, according to her LinkedIn profile. Faines also had a Bachelor’s degree from Yale University and founded the organization Women Love Power in 2015. “Ayesha was also a fierce supporter of women. She never said a disparaging word about any woman so I wasn’t surprised to see her use her voice for women’s rights. She was a wonderful friend and journalist,” WJXT anchor Melanie Lawson said to People.

In her free time, Faines was also a competitive salsa dancer, People reported. Faines had plenty of fans, and they took to social media to share their condolences after her death. 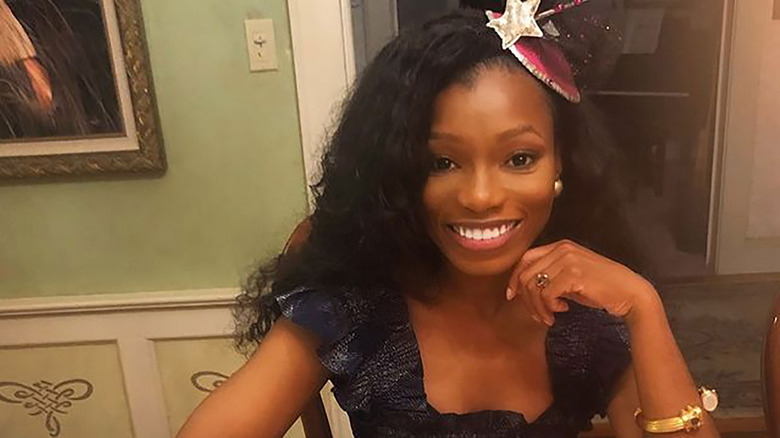 Ayesha Faines was a regular contributor to The Grapevine TV, which is where she built her strongest following. On July 5, The Grapevine tweeted, “We are asking that people stop sharing her funeral arrangements. We all loved Ayesha and we are all mourning. Thank you for the support.”

Ashley Akunna, the creator of The Grapevine TV, also took to Twitter to share her thoughts on the passing of her beloved colleague. “I remember the day I met Ayesha,” she wrote. “I was 14 years old and she was so happy and so bubbly, I couldn’t help but ask my sister, ‘Who is that girl?’ Years later we connected over a project I was working on called, The Grapevine. I knew she would be perfect for the show.” She went on to describe Faines’ enthusiasm for her work and her relentless optimism. “So devastated to hear this. She was such a phenomenal part of your movement,” one fan responded to The Grapevine’s tweet. “I always felt like she was doing a great work and as a woman, she imparted so much wisdom and truth. What a tremendous loss,” another fan wrote.

It’s clear that Faines will be missed by her colleagues and fans alike.