The TVLine-Up: What's Returning, New and Leaving the Week of May 2

This weekly feature is in addition to TVLine’s daily What to Watch listings and monthly guide to What’s on Streaming.

What’s New on Netflix in May — Plus: Amazon, Disney+, HBO Max and Others 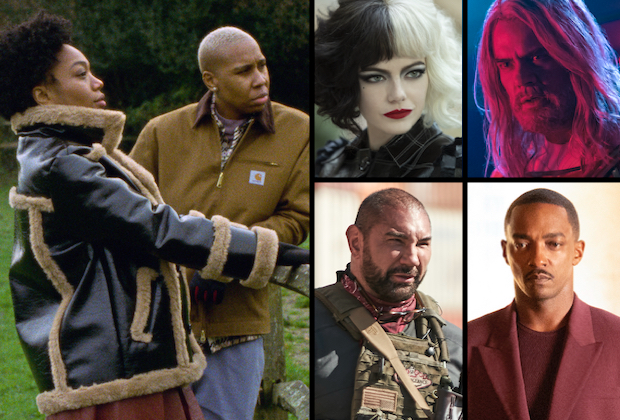 With nearly 500 scripted shows now airing across broadcast, cable and streaming, it’s easy to forget that a favorite comedy is returning, or that the new “prestige drama” you anticipated is about to debut. So consider this our reminder to set your DVR, order a Season Pass, pop a fresh Memorex into the VCR… however it is you roll.

This week, you’ll find a 14 returning faves (including DC’s Legends of Tomorrow, Dynasty and the final season of Pose), six series debuts (including Girls5eva, Jupiter’s Legacy and Star Wars: The Bad Batch) and eight finales (including the very last episodes of Selena and Shrill).

Want scoop on any of the above shows? Email InsideLine@tvline.com and your question may be answered via Matt’s Inside Line.