The Uncharted Movie Starring Tom Holland Has Been Delayed Again, This Time Due To COVID-19 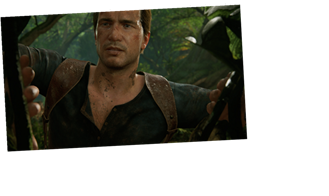 The Uncharted movie starring Tom Holland and Mark Wahlberg has been delayed yet again. This time, however, it’s not due to anything related to the creative direction of the film. Instead, Sony has delayed the movie as a result of the ongoing COVID-19 crisis.

The Uncharted movie has shifted from March 5, 2021 to October 8, 2021, a delay of around seven months. The delay is surely due to how production was postponed before it could even begin. Given how the COVID-19 crisis is evolving with new developments every day, it seems the movie’s new date is merely a projection.

Local governments around the world are not allowing people to gather in the same place for non-essential activities, and this impacts filmmaking. Until those restrictions are loosened or lifted, no movie or TV project is able to begin production again.

The Uncharted movie has been in the works for a decade already, shuffling through seven different directors and numerous scriptwriters. The cast is now set, however, with Holland attached to play a young Nathan Drake and Wahlberg as his mentor, Victor “Sully” Sullivan. Oscar nominee Antonio Banderas also has a role in the movie alongside Sophia Ali (Grey’s Anatomy) as the female lead. Chilling Adventures of Sabrina actress Tati Gabrielle has also come aboard in a major role.

The Uncharted film will be directed by Ruben Fleischer, who previously directed the Zombieland movies and Venom for Sony. It’s written by Art Marcum and Matt Holloway, who wrote the original Iron Man movie.

The delay for the Uncharted film came during a bigger shuffling of projects at Sony, as the company also delayed Ghostbusters: Afterlife, Morbius Greyhound, Fatherhood, and more.