The Voice Is Going Remote, Including Happy Hour Sessions 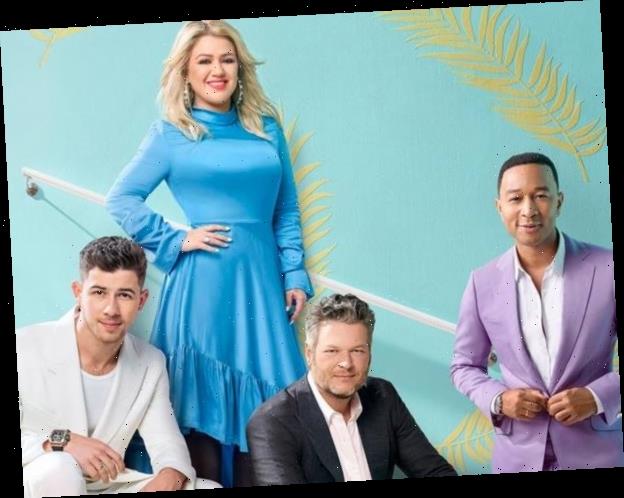 This is The Voice…remote edition!

Ahead of the first-ever remote live shows, host Carson Daly got The Voice coaches Blake Shelton, Kelly Clarkson, John Legend and Nick Jonas together for a virtual happy hour. Daly will host the new live shows from the empty Voice soundstage with limited crew adhering to social distancing protocols, Clarkson will broadcast from her ranch in Montana, Shelton from his home in Oklahoma and Jonas and Legend will broadcast from their respective homes in Los Angeles.

In the above exclusive sneak peek, see what happens when Daly assembles the coaches.

“I miss you guys so much, hanging out backstage. I thought a Voice happy hour would be a good way for us to hang out,” Daly says. “Did you bring your favorite beverage?”

In the sneak peek above, see Shelton, Legend, Jonas and Clarkson assemble their remote broadcast equipment with varying degrees of success. There may be a chainsaw involved for Shelton. Jonas even shows off his notes for the competition that simply say “win.” “Because that’s what I intend to do,” he says. The remaining contestants also have to be their own tech squad and set up their broadcasting space.

The Voice first-ever remote live shows begin Monday, May 4 with the Top 17 artists performing from 17 different towns across the country. NBC says viewers will see the preparation process that goes into each performance as well as remote mentoring sessions with the contestants provided with wardrobe as well as guidance on choreography and art direction to enhance their home performances.

“Reinventing the live shows has allowed us to create innovative ways to bring The Voice to life in a fresh and intimate way,” Audrey Morrissey, The Voice executive producer and showrunner, said in a statement. “It has been an incredible team effort with the coaches, artists and their loved ones being involved in the process. With Carson at the helm from the stage, we are excited to share a unique Voice experience that will feel both new and familiar.”

The Voice airs Mondays and Tuesdays, 8 p.m. on NBC.