The Weeknd’s Grammy snub shocked the music industry and fans alike. The singer thought he was a shoo-in for a slew of Grammy nominations this year. And he had good reason to believe as much—After Hours debuted at No. 1 and “Blinding Lights” took over streaming and radio.

In response to his snub, The Weeknd announced he’s boycotting the “corrupt” Grammys by refusing to submit his music for Grammy nominations in the future, joining a group of other popular artists who have done the same.

After Hours didn’t receive any nominations, despite it being one of the most popular and lauded albums of the year. It debuted at No. 1 on the Billboard 200 chart, and “Heartless” and “Blinding Lights” hit No. 1 on the Billboard Hot 100. He even got the Super Bowl Halftime Show, a coveted feat. The Weeknd responded to the Grammys snub on Twitter in November 2020.

“The Grammys remain corrupt,” the three-time Grammy winner said. “You owe me, my fans and the industry transparency.”

“Because of the secret committees, I will no longer allow my label to submit my music to the Grammys,” he told The New York Times.

How are Grammy nominations decided?

The “secret committees” he referenced are exactly what prompted Drake and Frank Ocean’s choices to not submit their work for nomination consideration.

Artists/their labels are able to submit their work for consideration in the various Grammys categories. In order to submit, the music must have come out during a certain timeframe. The submissions are then considered band voted on by the Grammy voters.

There are thousands of people in the music industry who vote to decide Grammy nominations. That seems equitable enough, until you consider the committees. There is a small group of people who review the votes of the Grammys voters, and they have the power to decide who actually ends up getting nominated.

That means these committees can go against the popular vote from the other academy members, which artists think happens frequently, especially to Black artists. Kanye West, Jay-Z, and other stars have cited this voting system as the reason why Black musicians rarely win the biggest categories.

Has Frank Ocean won a Grammy? Why he doesn’t submit his music

Ocean decided not to submit Blonde for Grammy nominations rather than confront the backwards voting system.

“That institution certainly has nostalgic importance,” he told The New York Times. “It just doesn’t seem to be representing very well for people who come from where I come from, and hold down what I hold down.”

“I think the infrastructure of the awarding system and the nomination system and screening system is dated,” he continued. “I’d rather this be my Colin Kaepernick moment for the Grammys than sit there in the audience.”

Ocean has a total of seven Grammy nominations and two wins. Channel Orange won Best Urban Contemporary Album in 2013, and “No Church In The Wild” won Best Rap/Sung Collaboration the same year. 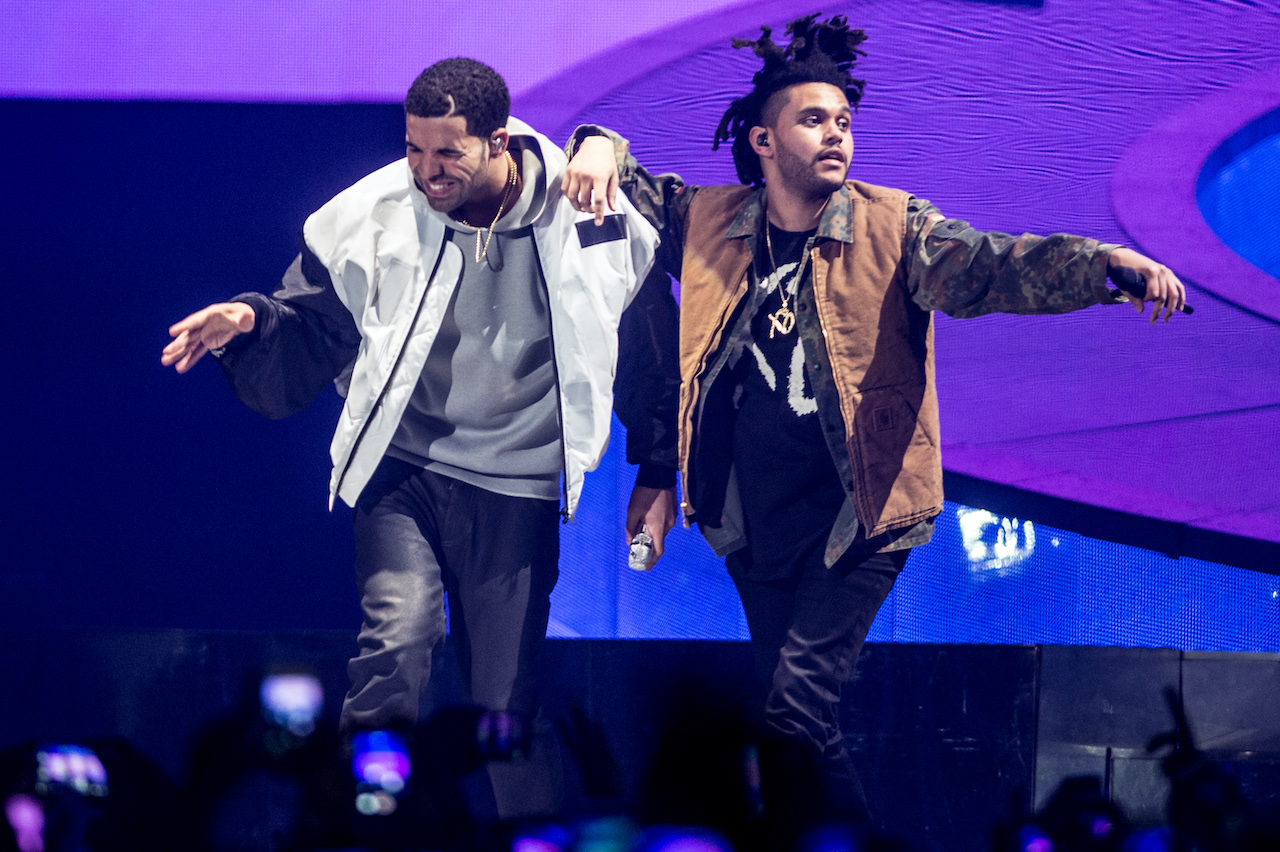 How many Grammys does Drake have? He called out the award show for The Weeknd’s snub

Drake shares Ocean and The Weeknd’s opinion of the Grammys. He opted not to submit More Life for any nominations, and he hasn’t attended the award show in years as part of his boycott. The rapper responded to The Weeknd’s snub on his Instagram Story in November. He said:

“I think we should stop allowing ourselves to be shocked every year by the disconnect between impactful music and these awards and just accept that what once was the highest form of recognition may no longer matter to the artists that exist now and the ones that come after. It’s like a relative you keep expecting to fix up but they just can’t change their ways. The other day I said @theweeknd was a lock for either album or song of the year along with countless other reasonable assumptions and it just never goes that way.

He also suggested replacing the Grammys with “something new that we can build up over time and pass on to the generations to come.”

Drake has received 47 Grammy nominations in his career, and has won four times.