'The White Lotus': How Many Episodes is the HBO Series? 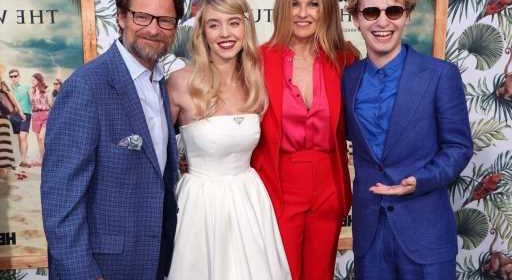 The White Lotus is the latest comedic satire to hit HBO; how many episodes there will be? The miniseries features an ensemble cast with stars such as Sydney Sweeney, Connie Britton, Jennifer Coolidge, and Alexandra Daddario.

Each episode follows the vacation of several hotel guests as they relax at an exclusive Hawaiian resort. However, with each passing day, more complexities come to light among the travelers. So, how many episodes of The White Lotus will viewers get in total?

How many episodes is ‘The White Lotus’?

The White Lotus will air with a total of six episodes. The miniseries premiered on HBO on July 11 and will continue through the summer. Fans can expect the finale to air Sunday, Aug. 15. Finally, here is a breakdown of the episode titles and air dates:

What is ‘The White Lotus’ about?

The White Lotus episodes follow the story of several different groups of people on a week-long vacation in Hawaii. They inexplicably cross paths at the extravagant resort and things begin to take a turn. When the miniseries opens, hotel manager, Armond (Murray Bartlett) and spa director, Belinda (Natasha Rothwell) help the new guests settle in to the resort. Belinda finds herself wrapped up in Tanya McQuoid’s (Jennifer Coolidge) life rather quickly.

Meanwhile, Armond tries to smooth things over with Shane Patton (Jake Lacy) who isn’t pleased by anything. However, things get worse his wife, Rachel (Alexandra Daddario), finds her mother-in-law, Kitty (Molly Shannon), flew down for their honeymoon.

Later, family of four — The Mossbachers — deal with a serious yet comedic health scare. Mark Mossbacher (Steve Zahn) worries that he might have cancer as his wife, Nicole (Connie Britton) gapes at how swollen his private parts are. At first, he attempts to distract himself by hanging out with their son, Quinn Mossbacher (Fred Hechinger). Meanwhile, their daughter, Olivia (Sydney Sweeney) and her friend, Paula (Brittany O’Grady) refer to Mark’s health problem as “swole balls.”

Director Mike White aimed to touch on gender, race, and class with the HBO limited series

As viewers get hooked on the comedic satire of the HBO miniseries, they realize that The White Lotus episodes become more than a comedy. Director Mike White explained in a behind the scenes interview from HBO that he wanted to produce a contemporary show that also touched on inequalities.

“White Lotus is about the problems that people think that they have in comparison to real problems in the world,” Daddario said in the HBO interview.

Additionally, the series delves into the behind-the-scenes feelings of the staff at the resort. They watch the upper-class mostly white people indulge, relax, and complain about their life at the same time. Finally, Olivia’s friend, Paula, begins to get annoyed with the Mossbachers’ ignorance about their status and privilege. The White Lotus is hilarious, yet uncomfortable, and real.